The truth will change the grim ending of suicides

Why have we shut our eyes to veterans suffering greater harm because of our acceptance of their misery?

That is what has been achieved after 4 decades of research on PTSD. It is what they face even though it was written about throughout centuries of authors telling stories about the affliction of those who dare to face death. 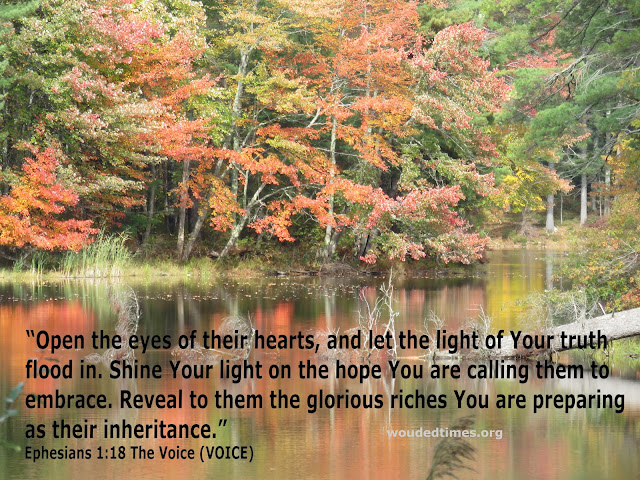 The survivors have only forgotten they stopped being victims when they survived, because we allowed it to happen. We sat back and let others decide what they should know instead of what discovering what they needed to know to heal. They paid the price for our laziness and our inability to see what has been glowing in the darkness they have been trapped by.

Isn't it time you joined the fight for their sake?


The United States Department of Veterans Affairs estimates that 830,000 Vietnam War veterans suffered symptoms of PTSD. The National Vietnam Veterans' Readjustment Study (NVVRS) found 15% of male and 9% of female Vietnam veterans had PTSD at the time of the study. Life-time prevalence of PTSD was 31% for males and 27% for females. In a reanalysis of the NVVRS data, along with analysis of the data from the Matsunaga Vietnam Veterans Project, Schnurr, Lunney, Sengupta, and Waelde found that, contrary to the initial analysis of the NVVRS data, a large majority of Vietnam veterans suffered from PTSD symptoms (but not the disorder itself). Four out of five reported recent symptoms when interviewed 20–25 years after Vietnam.

Now that you know how long research has been going on, as well as the fact that decades after Vietnam veterans came home, they awakened to the fact the war did follow them home, just as this newer generation will face if we do not make serious changes now.

What makes all this worse is what has been happening to female veterans.

KOAA News article The factors behind alarming suicide rate among women veterans but did little to answer what the factors were.


"The United States Department of Veterans Affairs says the suicide rate among women veterans is double that of women who don't serve."

Then why would they point out something that happens to female veterans as well as civilians?


"According to the U.S. Office of Veterans Affairs, the suicide rate is higher among women who report military sexual assault, domestic violence, sexual discrimination and harassment-- all factors that can contribute to PTSD."

When "factors behind alarming suicide rate among women veterans" leaves out combat...that is part of the problem!

David McFadden, a social work professor at CSU Pueblo said,"I think [suicide] is a subject that's becoming more open," McFadden said. "We hear a lot about stars and celebrities committing suicide in the media, so I think it's a subject that we are definitely taking seriously and opening a dialogue helps." But apparently did not notice that he said that right after he said "it's harder for women to serve because an old stereotype that the idea women are weaker than men still prevails."

If it "prevails" it is because too many have just accepted it instead of fighting against what people think. Plus, while the "subject is becoming more open" about suicides, there seems to be a lack of curiosity as to why that happened...and even less about the ramifications of doing more talking about them happening instead of why they would not happen.

Isn't that what all of us should be talking about? We won't be able to as long as researchers avoid what is right in front of them.

Suicides tied to military service are too high, yet we never seem to focus on those who do not commit suicide. Why do they choose to live and fight to heal?

According to the US Census these are the numbers we should be talking about.

Over 16 million male veterans and 1,628,110 female veterans. While less than 10 million veterans use the VA services for anything  no one is talking about how the vast majority did not commit suicide, today, or any other day. The chances of even understanding the simple fact we will never know exactly how many committed suicide on any day of the week have grown dimmer, because we close our eyes to those who were not counted in research put together. Knowing we will never know the exact number, the number everyone knows, oddly, gets more attention than the fact most do not.

We have more women in this country than males, yet it seems women are reluctant to fight for the female veterans, who are committing suicide double the rate of civilian women...as far as we know.

Do we demand anything from anyone to change any of this?

Do we do whatever we can to make sure that veterans know there are more of them healing than dying by their own hands today?

Do we tell them how to become one of them instead of one of the ones forcing their family to plan a funeral for?

If the subject of suicide has caused you to advocate "suicide awareness" then you have been fighting the wrong battle. Isn't it time to join the winning side that will actually save the lives you keep talking about deciding to leave? 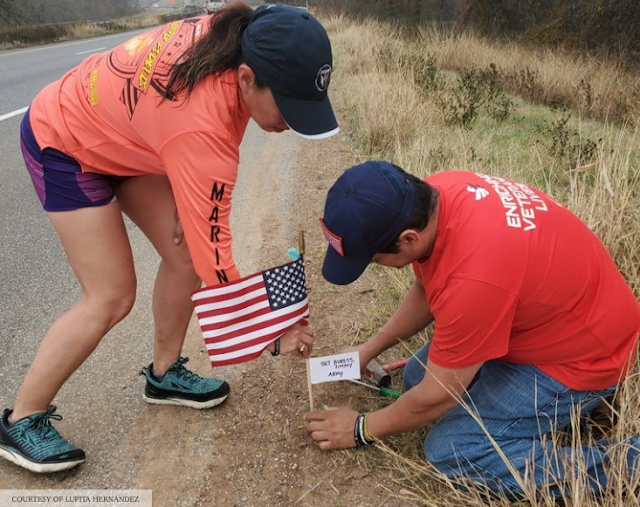 “I wanted to bring awareness to the stigma around mental health and PTSD,” Hernandez told Runner’s World. “We need to understand and treat the condition better, whether that’s hearing about the veterans who are thriving with PTSD or those suffering more or have lost their lives to it.”