After 3 tours together, Marine veteran had to lay paw-brother to rest


“My whole adult life I’ve had Cena. When I was 19 overseas learning how to be responsible, I had Cena. And now I’m 27 and I’m having to say goodbye to one of the biggest pieces of my life.” Jeff DeYoung 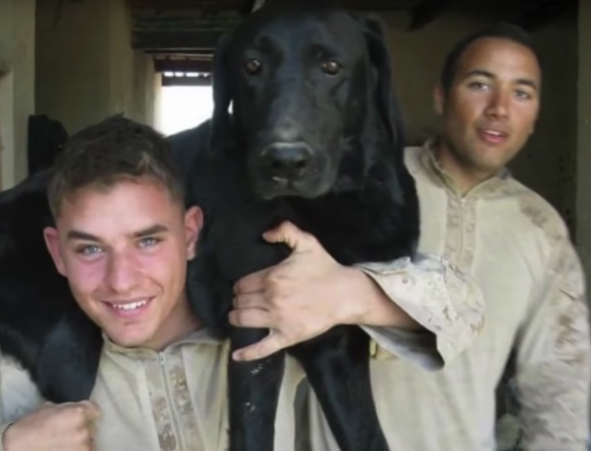 Losing a dog is one of the hardest things a person can go through. After all, dogs are there for us through every step of the way, so they deserve to be honored. This is exactly how Marine Corporal Jeff DeYoung felt when he learned that his beloved dog, Cena, was diagnosed with terminal bone cancer. Not only had Cena been his loyal companion, but they had also served 3 tours overseas together.


Cena and DeYoung’s Bond
Cena and DeYoung had been together for a long time. In 2009, DeYoung was first paired with Cena, who was a talented bomb-sniffing dog. The pair grew very close during that time, and they protected each other through the most difficult parts of their service.

In 2014, Cena retired from his duties, and DeYoung decided to adopt him. From there, Cena became his service dog to help him with his post-traumatic stress disorder.

Cena always knew how to cheer DeYoung up, so he was the perfect companion. The two were inseparable from that moment on. Cena even helped DeYoung through some of the hardest moments in his life, including the 3 weeks where 7 of his friends passed away.

“We may not have been the same species, but we were most definitely brothers.” Jeff DeYoung 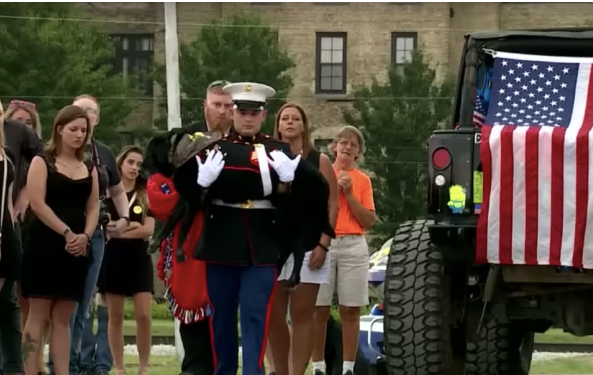 read it here
Posted by Kathie Costos at 8:54 AM