After almost being fired, Orlando Police Officer with PTSD to receive pension


Clarke was nearly fired from OPD in November as she awaited the pension board’s decision, because her application had been pending for 180 days, the time limit set by the agency’s union contract for officers to either win their pension or face termination. 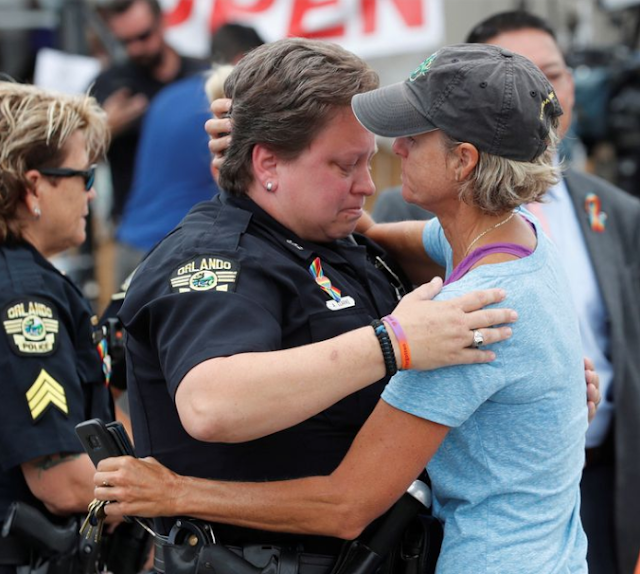 Orlando police department Officer Alison Clarke is embraced by Christine Gogicos while visiting the memorial outside the Pulse Nightclub on the one-year anniversary of the shooting in Orlando, Florida on June 12, 2017. (SCOTT AUDETTE/Reuters)

Clarke cried as she embraced her wife and friends after the hearing. Clarke’s wife, fellow OPD officer Kate Graumann, let out a deep breath as tears welled in her eyes after the vote.

“Now I feel like I’ve come to a conclusion and I can start moving on with the next chapter of my life,” Clarke said after the hearing.


She went to counseling for her symptoms and continued working.

But her condition worsened after the January 2017 death of OPD Lt. Debra Clayton, who was shot and killed outside of a Walmart near College Park, Bouchard said. Clarke responded to the scene, where she “witnessed her colleague and friend mortally wounded,” Bouchard said.
read it here

Posted by Kathie Costos at 5:45 PM