Canada" “Our (PTSD suffering) soldiers are chastised, treated like lepers.”


Smith filled out the form. Eleven months later, Desmond would use his licence to kill Shanna, his daughter Aaliyah and mother Brenda before shooting himself.


GUYSBOROUGH, N.S. — A Fredericton family doctor who works with many veterans took a harsh view of how Canada treats soldiers who suffer from post-traumatic stress disorder. 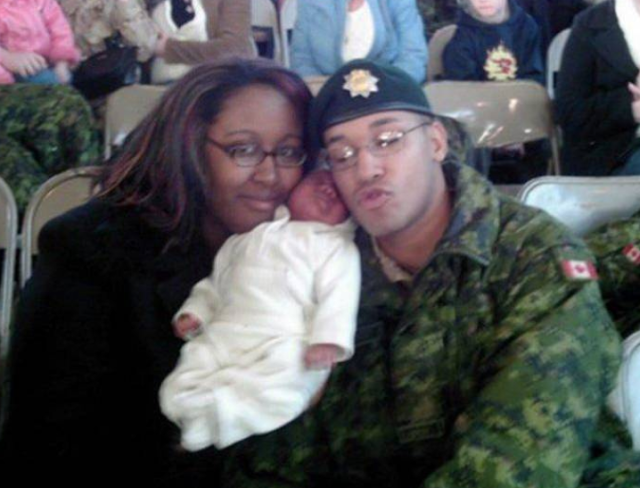 Shanna and Lionel Desmond hold their daughter Aaliyah in this photo from Shanna Desmond’s Facebook page.

“It’s all about pills and psychotherapy. It’s pathetic. There’s nothing about developing relationships, which (are) what makes the world happen.”

He’d just been discharged from the military, his marriage was on the rocks and money was short.

Diagnosed in 2011 with PTSD and suspected brain damage from concussions during a tour on the frontlines of Afghanistan in 2007, Desmond had already been prescribed antidepressants and drugs to help him sleep.
read it here
Posted by Kathie Costos at 11:57 AM