“When I got the call, my son was screaming in the phone, 'He’s hanging my dog,'” Richard Hunt told WFLA. 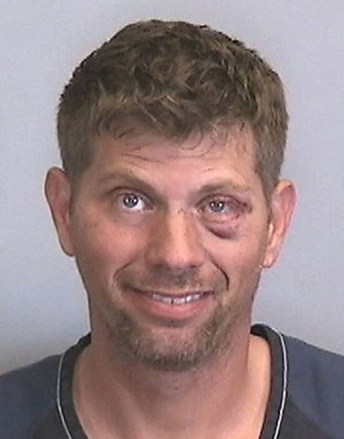 A man is facing charges for allegedly killing a dog for barking too much and then punching a child who refused to help him cover up the crime, authorities said.

Robert Leroy Edwards, 38, was arrested Wednesday on charges of animal abuse and child abuse by the Manatee County Sheriff’s Office.

The black labrador retriever, named Midnight, belonged to Richard Hunt, a disabled Navy veteran, according to NBC affiliate WFLA in Tampa. Hunt's adult son, Ian, was caring for Midnight at his home at the time of the incident.

Ian Hunt told NBC News that Edwards was a boarder at his home.
read it here
Posted by Kathie Costos at 5:11 PM

Email ThisBlogThis!Share to TwitterShare to FacebookShare to Pinterest
Labels: cruelty to animals, Florida, US Navy