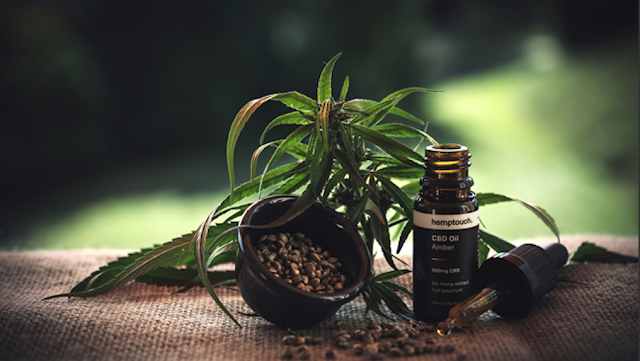 Taking care of your mental health can be a particularly challenging thing for current and former military personnel, as well as for many first responders. In fact, the vast majority of both groups report having experienced at least one traumatic event during their work. Things are so severe, some reports suggest a third of first responders have received a formal mental health diagnosis such as PTSD or depression.

Given how much our military and first responders put on the line for us every day, we owe it to them more than anyone to continually work toward new and more effective ways to mitigate their most challenging symptoms. While we still have a long way to go, the last 15 years of research has offered some significant steps forward.

Over the last couple of years, in particular, CBD has rapidly grown in popularity as a treatment option for those with a broad range of conditions. However, with so much talk about the power of CBD so fast, many pragmatic people have questioned whether it can actually produce the incredible things suggested.

That said, this growth in the CBD industry has, in large part, been spurred on by an explosion in peer-reviewed research. While CBD itself has been known for decades, it wasn’t all that long ago few people understood the potential it holds for those suffering.

What Is CBD Exactly?
CBD, otherwise known as cannabidiol, is a specific type of cannabinoid that is entirely non-psychoactive. Generally speaking, cannabinoids are compounds typically derived from cannabis plants that interact with a specific set of receptors found throughout the body and brain. This network of receptors is known as the endocannabinoid system and is only just starting to be studied closer to uncover potential health benefits.

One thing that has long impeded the progress of CBD research is its association with THC. After all, THC is extremely well-known for being the psychoactive substance in marijuana, which elicits a “high.” This connection with what was long seen as a detrimental substance prevented a lot of peer-reviewed research from being conducted in the past. Regardless, the last decade-plus of research has come a long way in proving the value of CBD therapy to improve the lives of those living with debilitating conditions, including PTSD.

Can CBD Mitigate PTSD Symptoms?
In addition to the growing movement of people who personally advocate for the power of CBD to improve PTSD symptoms, there has been a significant amount of research highlighting this powerful effect.

For instance, a 2012 report out of NYU looked into the impact of CBD on those dealing with long-term, fear-related stress disorders, such as PTSD. The team concluded cannabidiol was able to help regulate dysfunction in the CB1 receptor, leading to much more significant fear extinction over control groups.

Other studies, including one looking directly at first responders from the World Trade Center attacks, have backed up the belief CB1 receptor function plays a vital role in controlling PTSD complications. The team of researchers was not only able to show CB receptor dysfunction increased intensity of stress but also confirmed taking CBD could promote levels of 2-AG, a chemical associated with reduced stress responses.

Some research has positioned CBD as best used in conjunction with traditional behavioral treatments. As with many reports looking into CBD and PTSD, a 2014 study conducted by the University of Michigan suggests a CBD regimen could significantly improve fear extinction associated with anxiety disorders. However, the team also concluded the benefits provided by CBD would have the greatest impact alongside exposure-based treatment plans.

As for the specific mechanisms by which CBD improves PTSD symptoms, there is some early research out of the University of Sao Paulo providing some insight. The team of researchers has shown that CBD boosts hippocampal neurogenesis in mice models. This process is believed to be central to the ability of cannabidiol to decrease anxiety levels in those living with PTSD, even after exposure to a trigger.

Does CBD Work?
These couple of reports only begin to scratch the surface of the data highlighting what CBD could do for those living with PTSD. That’s not to mention the wider range of potential applications for this very well-tolerated natural medication.

Regardless, you should always consult with your doctor before starting any new regimen. Only they can ensure you avoid any conflicts with your current medications. Not only that but involving a trusted healthcare provider can be a massive part of crafting an effective treatment plan for you.

While there is no shortage of information out there on CBD, it can actually be way too much to handle. In fact, these days, it’s hard to know for sure if what you’re reading online is trustworthy or just another paid ad. That said, there’s a new site looking to unite real CBD users together to answer the simple question, did CBD work?

DidCBDWork.com is a totally crowd-sourced platform for discussion on CBD, offering not only somewhere to provide your experiences for others, but also quickly browse much of the peer-reviewed research out there on what CBD can do. You’ll find dedicated pages for a wide range of conditions research suggests cannabidiol could improve, such as PTSD.

Have you or someone you know used CBD to help improve their mental health? DidCBDWork.com is currently gathering experiences from millions of people, just like you, who have used CBD to help manage their overall mental wellbeing. No matter if CBD worked for you or not, they would love to hear from you about your experience; these stories help those suffering see that there may be a solution out there for them.

About The Author
John Mace Alois is the Digital Editor and Lead Content Creator of DidCBDWork.com, a crowdsourcing project looking to reach 1 million CBD users. A lifelong advocate for CBD and cannabis products, this Empire State native has spent the last several years using advocacy to sharpen his writing skills. He has written professionally for years and looks forward to using that skill to educate others. He can be reached at team@didcbdwork.com.

Posted by Kathie Costos at 8:02 AM