The plan includes a reduction of roughly 18,000 uniformed medical personnel, with those retained focusing on the medical readiness and treatment of active duty personnel. 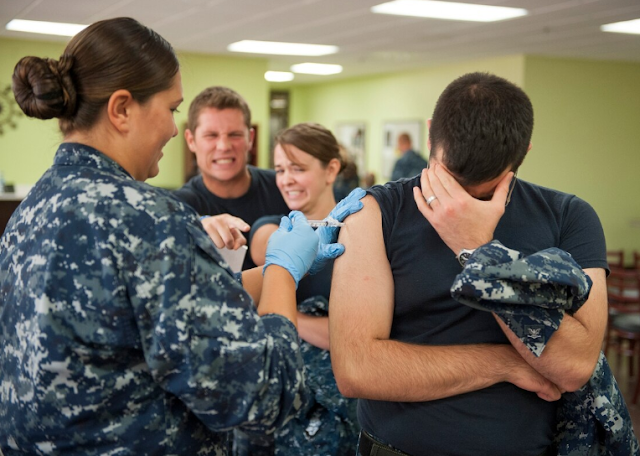 In this file photo, a Navy corpsman assigned to Naval Health Clinic Corpus Christ, administers an influenza vaccine to a patient. The facility is among those slated for changes under a new Pentagon plan to shift the mission of some military health facilities to caring for only active duty personnel (U.S. Navy photo by Bill W. Love/Released)

More than 200,000 Tricare beneficiaries, including 80,000 active-duty family members, will no longer be seen at 37 military health clinics across the country in the coming years, according to a Department of Defense report sent to Congress Wednesday.

The Pentagon is planning major changes to 50 military health facilities that will force many beneficiaries to find civilian doctors in their communities over the course of two to four years.

Assistant Secretary of Defense for Health Affairs Thomas McCaffery said Wednesday that the realignment supports the department’s effort to support the military health system’s return to focusing on troop health and military readiness.

According to the report Restructuring and Realignment of Military Medical Treatment Facilities, the clinics include Air Force, Army and Navy facilities. Two additional facilities will close and several others have already started transferring non-active duty beneficiaries to Tricare providers in surrounding communities.
read it here
Posted by Kathie Costos at 3:47 PM