Navy Seal Committed suicide after battle with PTSD and TBI...not just a headache

HIS NAVY SEAL SON COMMITTED SUICIDE, NOW HE FIGHTS FOR HIS NAME


SOFREP
by Stavros Atlamazoglou
59 minutes ago


Following President Trump’s statements about TBIs after Iran’s missile attack on U.S. bases in Iraq, Mr Frank Larkin penned a letter to the President, explaining the hidden aspects of the problem.


On a Sunday morning of 2017, Ryan Larkin, a Navy SEAL with four combat deployments under his belt, committed suicide. He was just 29 years old. 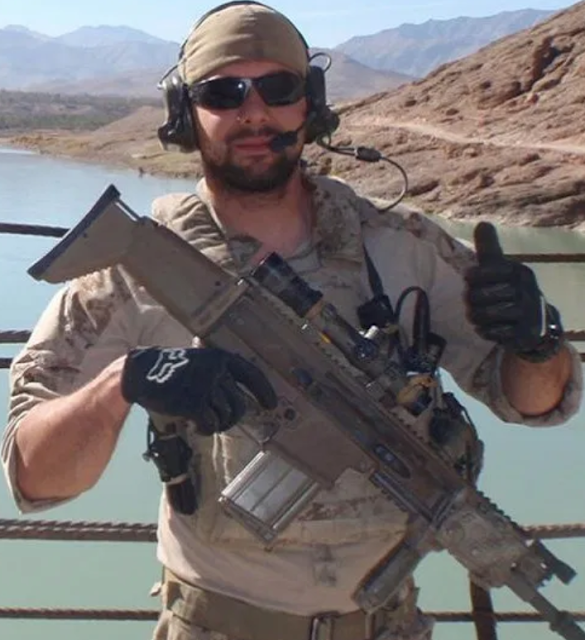 He was haunted by a Traumatic Brain Injury (TBI) that was caused by repeated exposure to concussive blows and explosions. But the Navy and the Department of Veteran Affairs (VA) thought he was crazy.

His father, Frank J Larkin, also a former Navy SEAL and the 40th United States Senate Sergeant at Arms, is now fighting to raise awareness about the multiple facets of brain injuries that can lead to behavior change, other medical problems, or even suicide.

Special Warfare Operator 1st Class Ryan Larkin had completed four combat deployments as a Navy SEAL to Afghanistan and Iraq. He had completed the Special Operations Combat Medic (SOCM) course and the Navy SEAL Sniper course; he was also a qualified breacher. 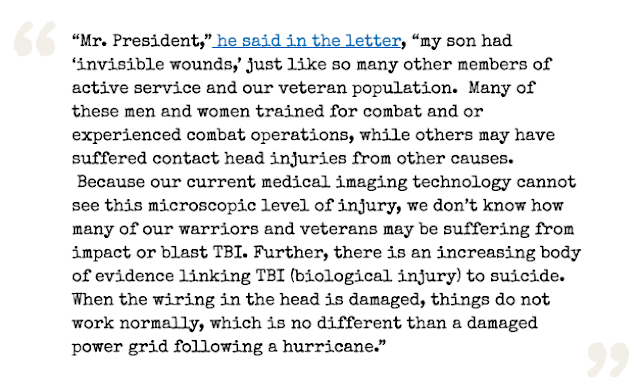 After coming home from his third deployment, the Navy docs diagnosed him with Post-Traumatic Stress Disorder (PTSD) and referred him to a variety of programs. The common denominator between the different programs, some of which were helpful, according to his father, was the medication. Throughout the duration of his two-year treatment, the doctors prescribed him over 40 different medications. And yet he didn’t seem to get any better. In fact, they made him worse.
read it here
Posted by Kathie Costos at 5:06 PM