Over 100 servicemembers with TBI from Iran bombs..,not just headaches


Last month, Trump said he does not consider potential brain injuries to be as serious as physical combat wounds, downplaying the severity of the injuries suffered in Iraq.


(CNN)Over 100 US service members have been diagnosed with mild traumatic brain injuries in the wake of the January 8 Iranian missile attack on the al Asad military base in Iraq, according to a US official with knowledge of the latest information.


A picture of the destruction left at Al Asad base in Iraq after it was struck by Iranian missiles. 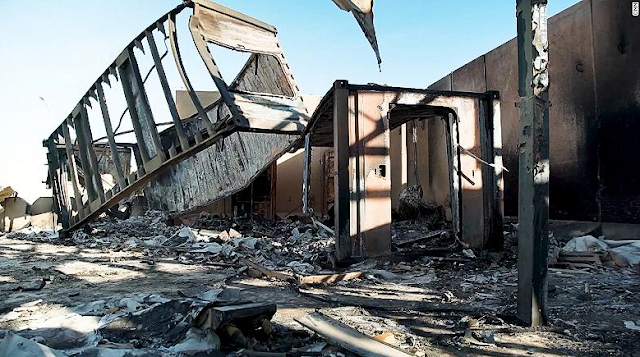 The statement added that nearly 70% of the injured service members have returned to duty.
read it here
Posted by Kathie Costos at 3:36 PM