In patients like JJ, there's no way to definitively say PTSD is the cause, but researchers are starting to look for that link between mental health and the decline of brain function. In 2010, a National Center for Biotechnology Information study found veterans with PTSD were at a nearly two-fold higher risk of developing dementia. In 2018, another NCBI study went even further: "While causality cannot be determined, it is likely that PTSD and depressive disorders are related to an increased risk of dementia in military veterans." 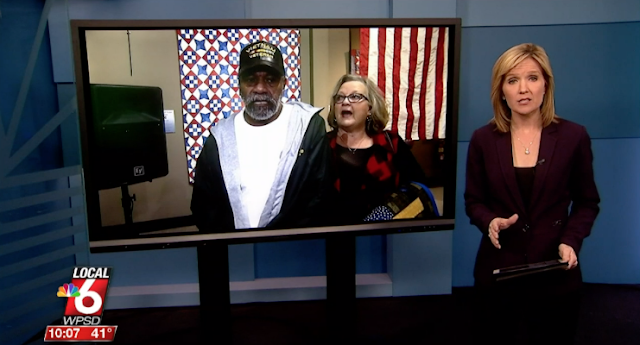 PADUCAH — Trauma changes the brain. Studies show that the impacts of physical and mental trauma are measurable. In more recent years, research is starting to examine the long-term effects of post traumatic stress disorder, or PTSD. Millions of veterans and their loved ones are personally invested in those results.

The Department of Veterans Affairs estimates 11-20% of Operation Iraqi Freedom and Operation Enduring Freedom veterans live with PTSD. For Gulf War veterans, it's 12%. For Vietnam veterans, 30% brought PTSD home with them when their tour of duty ended.

James "JJ" Jernigan is one of them. In 2018, he was proudly taking part in the arrival of The Wall That Heals. In early January 2020, JJ was one of several veterans who received a Quilt of Valor in Paducah. JJ's wife, Sandy, spoke with us on camera that day. Click here to watch that story. JJ couldn't, because for the past year dementia has been stealing his memories and, many times, his ability to communicate. It's a price he may now be paying for his Service and Sacrifice.
read it here

But yet again, research on this connection was done a long time ago.

Vets with post-traumatic stress are at high risk of dementia, from USA Today 2009

Florida Today wrote about it in 2013 PTSD:Wars's lingering grip intensifies with dementia

You are getting the idea, but one of the most troubling ones was PTSD Meds May Increase Dementia Risk in 2017...but no sign any of these studies changed much at all considering what you just read!
Posted by Kathie Costos at 12:12 PM