Rep. Chris Pappas wants answers on why providers are not being paid for taking care of veterans

As VA works through backlog, NH providers waiting for $134M


Rep. Chris Pappas (D-NH) has been working on the issue as chair of the Oversight and Investigations Subcommittee of the House Committee on Veterans’ Affairs. The committee held a hearing on the reimbursement issue on Feb. 12, and Pappas met with Forrest and local providers in Manchester last Thursday. 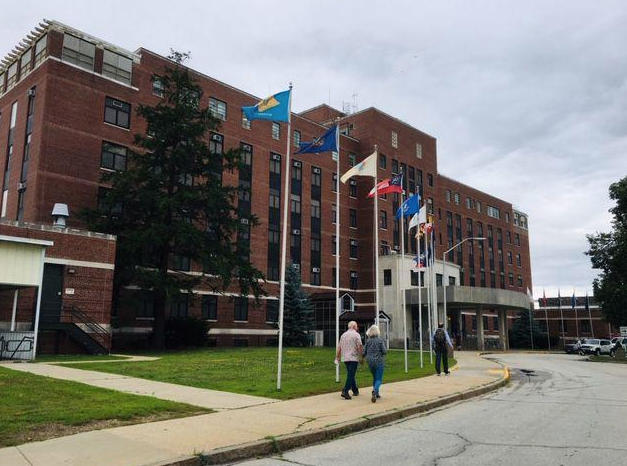 
MANCHESTER — The VA still owes New Hampshire health care providers an estimated $134 million, as the administration digs out from a backlog of claims.

Kevin Forrest, interim director of the Department of Veterans Affairs Manchester Medical Center, said the delayed payments dated back to a contractor who used to administer the VA Community Care Network program.

The network lets veterans use their VA insurance to pay for treatment outside VA hospitals — from other hospitals and small providers like home health aides, therapists and acupuncturists.

Providers complained of widespread delays and errors in payments last year, and the VA brought in a new contractor to process those claims. But the administration is still working through the nationwide payment backlog.

In the two years since Kathy Twombly’s Laconia acupuncture business has been part of the network, she said the VA has at times left her waiting for as much as $10,000. To make matters worse, the VA has switched contractors three times in two years, she said, meaning the way she files claims keeps changing.
read it here
Posted by Kathie Costos at 9:53 AM