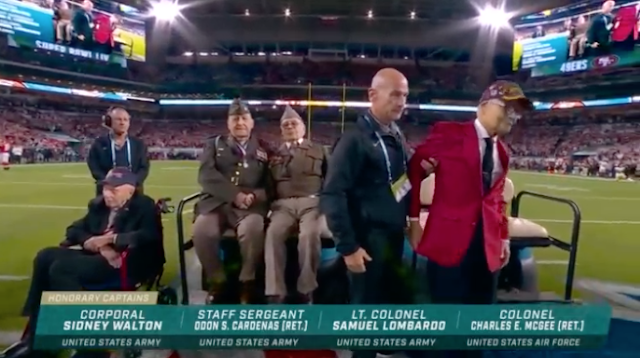 MIAMI, Fla. (WZTV) — Four veterans who fought for their country in World War II received a special honor at Super Bowl LIV. It happened just before the coin toss Sunday night. Each veteran in 100 years old and NFL Commissioner Roger Goodell said he wanted to honor them as the league celebrates its 100th year.

The Art of the Flyover: U.S. Navy Blue Angels at the Super Bowl

Posted by Kathie Costos at 7:13 PM