WINFIELD, Kan. (KSNW) – Homeless veterans are all too often laid to rest in solemn, sparsely attended services as the surviving family of the deceased can often be difficult, if not impossible, to reach. 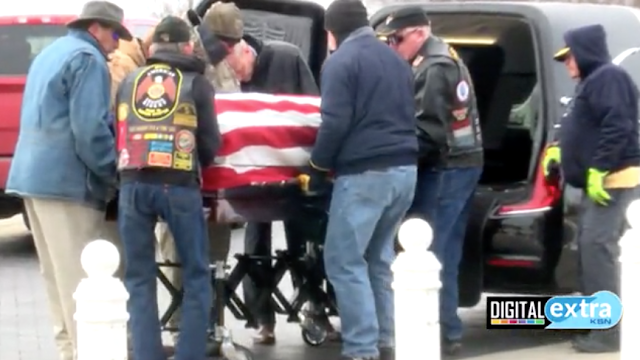 Data from a 2019 report from the U.S. Department of Housing and Urban Development estimates that approximately 40,056 veterans are homeless on any given night, and over the course of a year that number can double.

The inscription above the Kansas Veterans’ Cemetary mausoleum reads “No one is ever buried alone, all are buried with honor,” and the staff and south-central Kansas veteran community do their best to fulfill that promise. 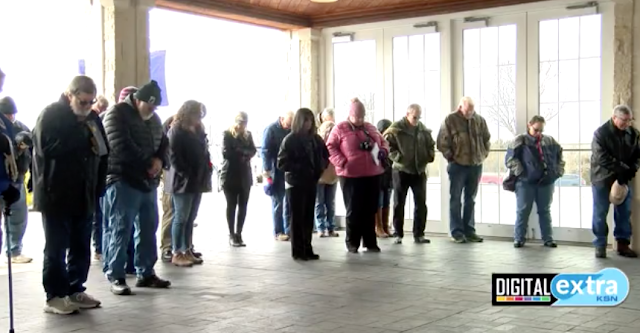 A great deal is unknown about the life of Ted Phillips, 73, who was laid to rest Thursday at the Kansas Veterans’ Cemetery in Winfield. Phillips, who was born April 5, 1946, according to his service records, served in the United States Navy during the time of the Vietnam war, including duty from 1964 to 1968.
read it here
Posted by Kathie Costos at 4:07 PM