Tennessee boasts 32 of the Medal of Honor Recipients

A look at Tennessee's Medal of Honor recipients and their stories


The state of Tennessee boasts 32 of the medal's 3,525 honorees thus far, including a Signal Mountain native for whom the new Charles H. Coolidge National Medal of Honor Heritage Center is named. 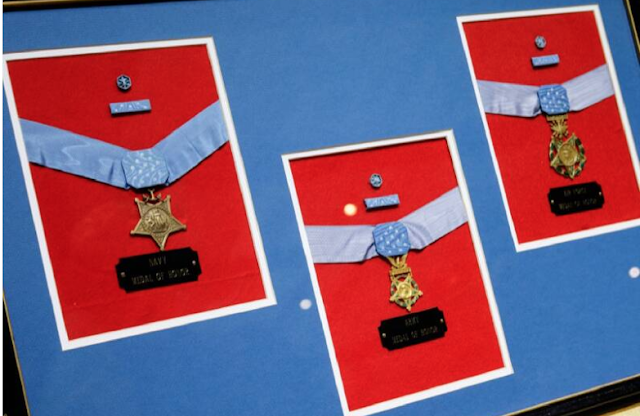 Medal of Honor awards are displayed during the third annual Celebration of Valor luncheon at the Chattanooga Convention Center on Wednesday, Aug. 21, 2019, in Chattanooga, Tenn. / Staff file photo

On multiple occasions, while awarding the Medal of Honor, President Harry S. Truman remarked, "I would rather have the blue band of the Medal of Honor around my neck than to be president of the United States." But when Congress attempted to award the badge to him in 1971, he wrote to the House that he did " ... not consider that I have done anything which should be the reason of any award, Congressional or otherwise."

Truman continued, saying the medal was for combat bravery, and awarding it to him would detract from that significance.

"This does not mean I do not appreciate what you and others have done, because I do appreciate the kind things that have been said and the proposal to have the award offered to me," Truman wrote. "Therefore, I close by saying thanks, but I will not accept a Congressional Medal of Honor."


Fifty-two medals have been awarded for acts of valor that occurred in and around Chattanooga, including one to Mary Edwards Walker, the only female recipient. read it here

Posted by Kathie Costos at 4:51 PM