Missal's investigation, which could put Wilkie's job on the line, was first reported by The Washington Post. It follows an earlier clash with Wilkie over his claim that Goldstein's complaint of being assaulted last September was "unsubstantiated." 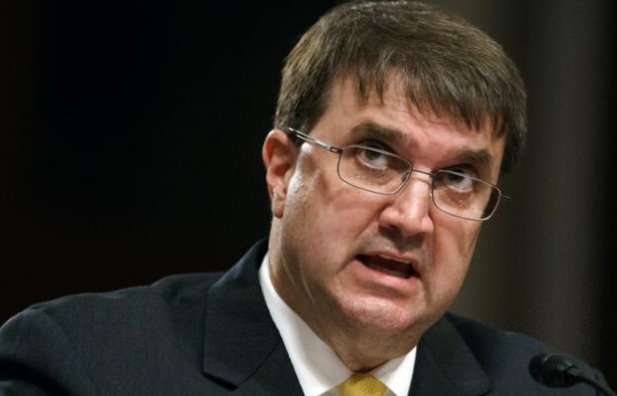 Department of Veterans Affairs Inspector General Michael Missal has opened an investigation into allegations that VA Secretary Robert Wilkie sought to dig up dirt on a congressional staffer who filed a complaint of sexual assault at the Washington, D.C., VA Medical Center. Her complaint was ultimately dismissed.

In a letter Thursday to congressional leaders, Missal said he is putting a "high priority" on the investigation into whether Wilkie attempted to discredit Navy Reserve Lt. Andrea Goldstein, who serves on the staff of House Veterans Affairs Committee Chairman Rep. Mark Takano, D-California.
read it here
Posted by Kathie Costos at 9:13 AM