Veteran not allowed at Heroes Hall...because he is a dog?


Singh says as part of the contract she signed with the Department of Defense to adopt Puma, she’s not allowed to turn him into a service dog. 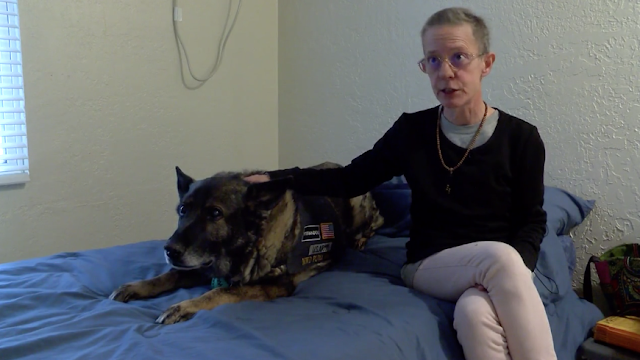 ALBUQUERQUE, N.M. (KRQE) – A former bomb-sniffing Army canine belonging to a veteran isn’t allowed at the Veterans Affairs Medical Center in Albuquerque, even though the dog is a veteran too.

Puma was an explosive detection canine that served two deployments in Afghanistan.

“Puma served seven years in Fort Leavenworth and that’s where he retired from,” says Lani Singh.

Now he’s living the retired life with his handler, Lani Singh, an Army veteran herself, who’s going through chemo-treatments at Heroes Hall for breast cancer. 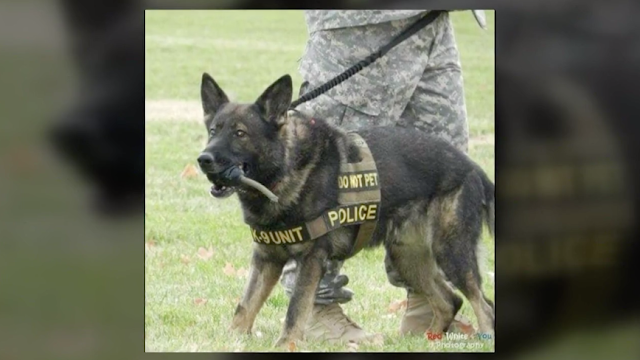 Originally from Northern New Mexico, Singh rented an Albuquerque apartment to avoid the long commute. Now, Singh is struggling with the rules of the hospital when it comes to bringing her fellow vet to her appointments.

“He is a veteran, but because he’s a dog veteran and not a human veteran, he’s not allowed at Heroes Hall,” she says.


read it here
Posted by Kathie Costos at 8:33 AM