What do we receive in return for our time than to see a veteran's life change from hopelessness to healing?

The recent news about the Department of Veterans Affairs joining forces with faith based groups is something wonderful, yet troubling at the same time.

While more and more groups have been popping up all over the country for over a decade, we have been wondering if any of them noticed what others had already begun long before these new leaders heard the term Post Traumatic Stress Disorder. Wondering what else did they miss?

It is obvious they missed a group dedicated to delivering the awesome power of healing through peer support based on someone else who knew what it was like to be willing to sacrifice His life for the sake of others...Jesus.

If even the Son of God asked for help, there should be no stigma associated with needing your peers to help you. After all, none of you looked down on those you were sent to help. If you were willing to die for their sake, as well as the sake of those you served with, turning to them for your own sake makes sense.

So why is it that the stigma lives on, as strong as ever, while you were brave enough to serve, are afraid to communicate with those you served with?

Point Man International Ministries has been clearing the road to #TakeBackYourLife since 1984 because a Vietnam veteran knew the price he paid for his service in Vietnam, as well as, the price he was willing to pay as a police officer in Seattle Washington. 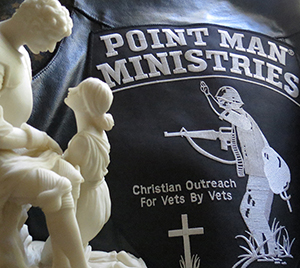 Leaders in Point Man have been working with the Department of Veterans Affairs hospitals all over the country for years because it works. Yet, much like the 72 Jesus sent to care for others, no one knows their names.


Jesus Sends Out the Seventy-Two
After this the Lord appointed seventy-two others and sent them two by two ahead of him to every town and place where he was about to go. He told them, “The harvest is plentiful, but the workers are few. Ask the Lord of the harvest, therefore, to send out workers into his harvest field.
Luke 10:1-2 New International Version (NIV)

They did not want to glorify themselves, they just wanted to freely share what they had been given by Jesus. It did not matter that no one knew their names, but it was they joy they received in doing the work they were sent to do that mattered the most.


The seventy-two returned with joy and said, “Lord, even the demons submit to us in your name.”

He replied, “I saw Satan fall like lightning from heaven. I have given you authority to trample on snakes and scorpions and to overcome all the power of the enemy; nothing will harm you. However, do not rejoice that the spirits submit to you, but rejoice that your names are written in heaven.”

We live with that joy everyday! There is nothing to compare to what we receive in return for our time than to see a veteran's life change from hopelessness to healing! To see you go from feeling abandoned by God, to knowing you are loved! 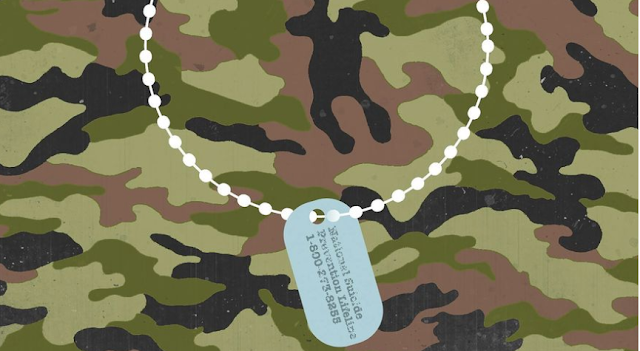 Illustration on veterans and suicide by Linas Garsys/The Washington Times


America faces a crisis of epidemic proportions. The number of Americans who take their own lives by suicide each day is staggering and sobering. Even one suicide is heartbreaking; a recent study estimated that 135 surviving people are affected by each suicide.

The latest data show that 17 veterans tragically take their own lives each day, and the rate shows no sign of slowing. Veterans comprise only 7.9 percent of the U.S. population, yet account for 13.5 percent of all suicides.

Americans know something has to be done to help the men and women who have selflessly served our nation, often resulting in terrible, unseen wounds. Thankfully, some Americans have answered the call to help those “who have borne the battle.”
read it here
Posted by Kathie Costos at 9:13 AM