"We can report that no injuries occurred as a result of the fire." Maj. Paul M. Oliver 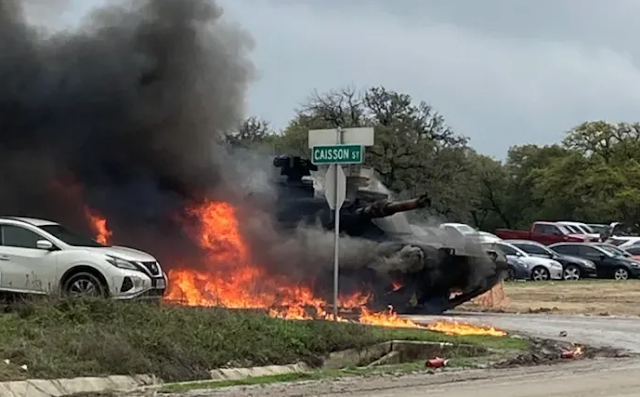 The tank appears to have caught fire just outside the unit's motor pool on Fort Hood.(Reddit)

A photo of the flaming tank, which appears to have been taken just outside the unit's motor pool, began making the rounds on the r/Army subreddit on Friday, though the post has since been deleted.