“I could go and see the doctor, for six months, if I was lucky and she could fit me in once a week. But that was only four sessions a month, so 24 sessions in total. That doesn’t even get through all the trauma of one tour.” 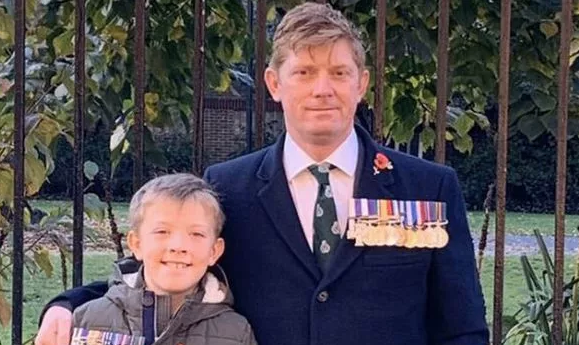 
He witnessed numerous friends get killed or sustain horrific injuries during a brutal three tours in Afghanistan. Mr Coult was awarded the third-highest military honour for bravery for fighting off suicide bombers and gunmen who ambushed his convoy in Baghdad, Iraq, in 2005.

But he attempted to kill himself by driving his car into a wall.
read it here
Posted by Kathie Costos at 5:49 PM