Determined Combat Photographer Marine Did Not Give Up


The Marine Corps has the longest boot camp out of all of the armed forces and arguably the toughest to graduate from. In 2004 when she wanted to join, only 6% of enlisted Marines were female. Kirk-Cuomo did part of the physical fitness test right then and there in front of that recruiter. 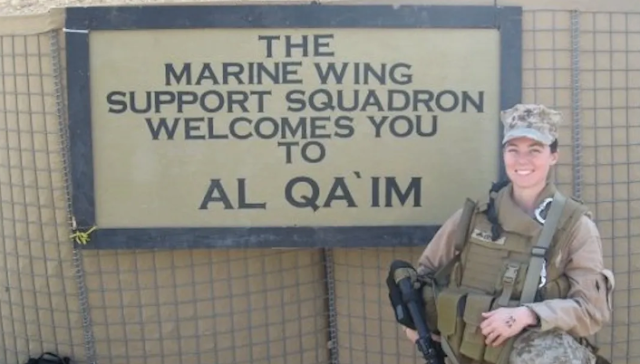 Erin Kirk-Cuomo dreamed of being a combat photographer. She interviewed with multiple companies and publications within the civilian world, but none of them were willing to hire a female photographer for that position.

So, she decided to join the military.

She chose to go into the United States Marine Corps. When she opened the doors to the Armed Forces recruitment office in 2004, she was ready to raise her right hand and do just that. But Kirk-Cuomo was told she couldn't be a combat photographer, because she was female.
read it here
Posted by Kathie Costos at 8:53 AM