Do not choose to leave your family wondering why 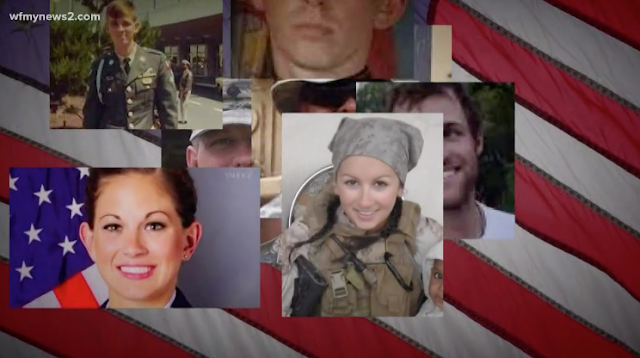 “He seemed okay when I talked to him on the phone that morning but evidently, he was holding back and already had a plan in mind,” said Dan Krise.

Sgt. William Krise wanted to serve his country. His family was proud and thankful he returned home safe, but the man that came back was not the same one that left.

SEAGROVE, N.C. — Sgt. William Krise picked up the phone on the morning of January 18, 2020, and called his dad. The two men shared a simple conversation like they have done hundreds of times in the past.

The conversation didn’t last long, and Sgt. Krise ended it like he always did.

Dan was in Pennsylvania at the time while his son was at his home in Seagrove, NC. Dan had been planning a trip to North Carolina, but they had yet to set a date.

Later that afternoon, Dan received a phone call from a friend of his son. The lady on the other end of the phone had helped Sgt. Krise find a therapy dog to help him adjust to life after the military. This call was also short, and little was said.

She told Dan his son had committed suicide.

Pain and misery seemed to follow Sgt. Krise from his tour in Iraq back home in the United States. A 10-year veteran, Krise was medically discharged in 2003, but his life was filled with challenges and obstacles after he returned from the war.
read it here