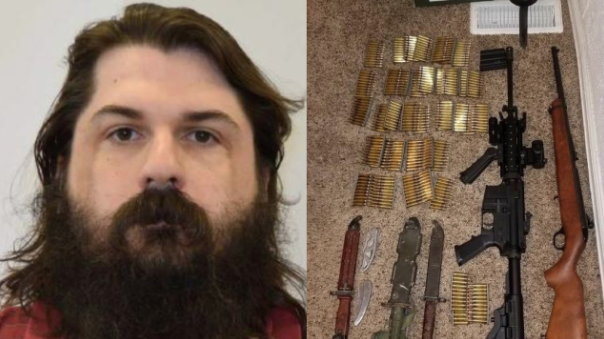 A Pueblo man is in the custody of the Pueblo County Sheriff's Office on charges of harassment and obstruction of government operations after law enforcement say he made threats against police and government officials.

37-year-old Thomas Wornick was arrested on Fort Carson by the FBI, Pueblo Police and military police.

According to the sheriff's office, Wornick identified himself as a disabled veteran and made several threats via email towards defense lawyers, businesses and others, including Pueblo County Sheriff's deputies.
read it here
Posted by Kathie Costos at 9:08 AM