This Iraq War Vet Cheated Death 3 Times. He's Proud to Cry About It.


FitOps, which counts zero suicides among its alumni, cracked Somers open like that first grenade did. For most of his life, he had been motivated by men around him—his cartel-wealthy veteran uncle, or his hardcore first sergeant. In telling his story, and seeing how other people were affected and moved to tell theirs, Somers found his own strong sense of purpose. 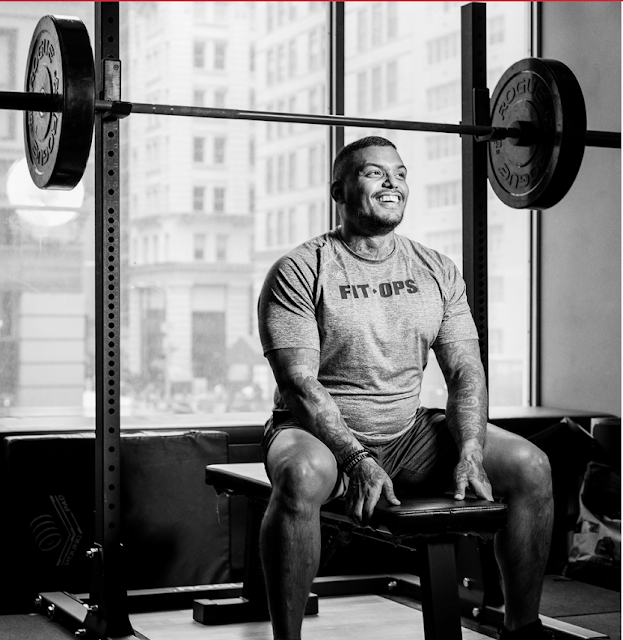 Somers after joining FitOps, which helped him discover a new way to cope with PTSD and his harsh upbringing.
BENEDICT EVANS


FROM ABOVE, YOU WOULD have seen two battered Humvees streaking down a rutted freeway, one behind the other in the center lane, surrounded by miles of Iraq’s parched terrain. As they approached an overpass, one moved into the far-left lane and the other moved far right. Afterward, the trucks weaved back into the same lane.

It was July 2003, and trucks were getting blown up every day in Iraq—insurgents often dropped grenades from overpasses. Bobby Somers, a 23-year-old specialist in the U. S. Army, sat behind the wheel of the second beat-up Humvee, fondly code-named Bertha. Clad in tan fatigues, he had one hand on the wheel, the other on a machine gun pointed out the window. A tiny earbud snaked into his left ear, pumping 50 Cent’s Get Rich or Die Tryin’ album from a CD player tucked beneath his seat. Somers had driven thousands of miles like this without incident, and he felt invincible.


After both attacks, Somers was offered a medical discharge, but he stayed. “I remember when I got back into that truck, I was crying,” he says. “I didn’t want to drive out the gate. But I was more scared to let people know I was scared.”

Which brings us to another time Somers nearly died, years after he’d finished his tour, while at his home in Texas. He went into his bathroom, put a gun in his mouth, and almost pulled the trigger. Fate had intervened twice to save Somers’s life. Now he would need a different kind of help.
read it here

Posted by Kathie Costos at 4:00 PM