VA Employees not getting hazardous duty pay during pandemic


There was no immediate response from the VA to the lawsuit. As of Saturday, the VA had reported a total of more than 770 confirmed cases of coronavirus among veterans nationwide and at least 16 deaths. 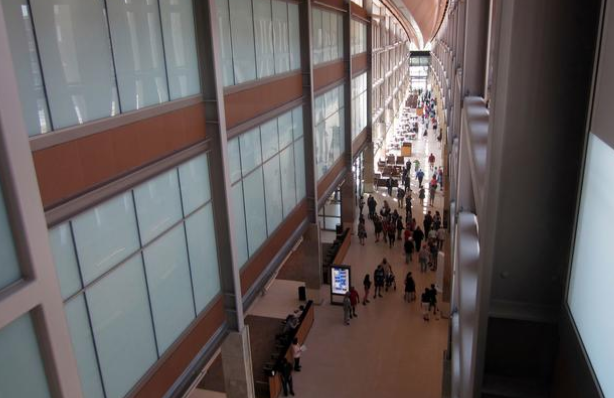 Visitors stroll through a long, glass-walled corridor that connects a dozen buildings at the new Rocky Mountain Regional VA Medical Center in Aurora, Colo., after a ribbon-cutting ceremony at the hospital on July 21, 2018. The $1.7 billion medical center replaces an aging and crowded facility in Denver. (AP Photo/Dan Elliott)

The union representing more than 260,000 civil service employees at the Department of Veterans Affairs filed a lawsuit Monday, claiming they are owed hazardous duty pay of 25% above their typical salaries for working during the coronavirus epidemic that has infected more than 770 veterans nationwide.

The suit, by the American Federation of Government Employees filed in the U.S. Court of Federal Claims in Washington, D.C., also included plaintiffs from the Bureau of Prisons and the Department of Agriculture and said they also were entitled to hazardous duty pay under sections of the U.S. Code.

In addition, the lawsuit alleged that "there are likely thousands of other federal employees who have been exposed to the coronavirus while performing their official duties and are entitled to hazard pay pursuant to federal law."

"It is our hope that the government does right by these employees and pays them the hazardous duty pay they've earned," AFGE National President Everett Kelley said in a statement announcing the filing of the suit.
read it here
Posted by Kathie Costos at 9:38 AM