VA getting ready to send doctors and nurses to deal with COVID-19 for civilians?

Not enough VA doctors and nurses but VA plans to send them as backup for civilians?

(CNN)The Department of Veterans Affairs is readying thousands of emergency personnel to be deployed to help reinforce the national response to the coronavirus pandemic, according to Veterans Affairs Secretary Robert Wilkie. 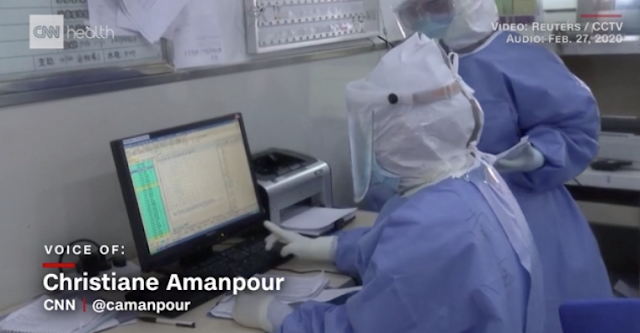 "They know that they can be deployed anywhere in the country. Just like the reserves, their physicals are up to date, their shots are up to date. That prepares them to launch when called upon," Wilkie told Politico in an interview Thursday.

While the VA provides healthcare services to veterans, the agency can also serve as an emergency backup health care resource for civilians in crisis situations. Hospital systems in the US could be overwhelmed by an influx of patients if the spread of the virus doesn't slow.

Wilkie told Politico that the department is planning out where they might be needed most.
read it here
Posted by Kathie Costos at 9:27 AM