A February report from the Government Accountability Office suggested the VA is unprepared to address a population increase due to staffing shortages and a geographical misalignment of care. The GAO found an absence in VA health centers in places where veteran populations are dense, causing many senior veterans to rely heavily on their families to care for them later in life. 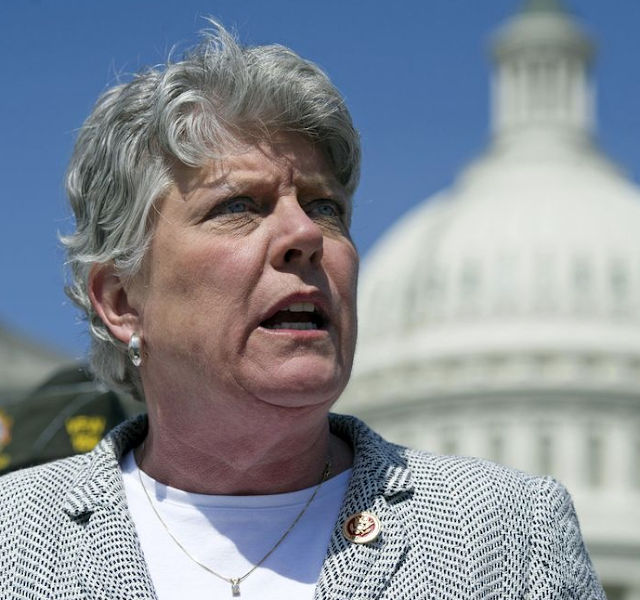 In this March 27, 2014, file photo, Rep. Julia Brownley, D-Calif., speaks during a news conference on Capitol Hill in Washington. Brownley has been voting with the Republican majority in the House to amend or overturn parts of the federal Affordable Care Act. Brownley is one of a handful of Democrats in California who represent congressional districts that are closely divided between Democrats and Republicans, after voters approved an independent redistricting process. (AP Photo/Cliff Owen, File)

Lawmakers expressed frustration Tuesday at the lack of answers from a panel of senior Veterans Affairs officials on specific plans to address the “silver tsunami” of aging U.S. veterans set to enter the agency’s health system in the coming decade.

Over the next decade, the VA is expecting a 46 percent increase in the number of veterans aged 75 and older enrolling in VA health care. Of the more than 9 million veterans currently enrolled in the VA health care system, half are already 65 and older. The VA estimates spending on health care fore elderly veterans health needs is expected to double in the next two decades.

Despite reports that a blueprint for handling the coming crush was in the works, VA officials declined to speak of any specifics of the strategic plan during a Tuesday hearing before the House Veterans Affairs health subcommittee.
read it here
Posted by Kathie Costos at 9:48 AM