The lawsuit, which seeks unspecified damages, alleges an unnamed employee who administered the injection was not qualified to be a nursing assistant and that hospital staff failed to take appropriate action to stop the employee from giving the shots. 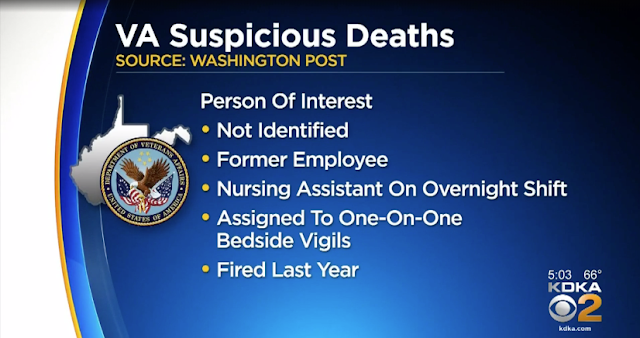 CHARLESTON, W.Va. (AP) — A woman is suing the federal government over the 2018 death of her father from a wrongful insulin injection at a West Virginia veterans hospital.

Melanie Proctor filed the lawsuit Monday against Veteran Affairs Secretary Robert Wilkie. It details a “widespread system of failures” at the Louis A. Johnson VA Medical Center in Clarksburg that led to the death of her father, former Army Sgt. Felix Kirk McDermott.

Federal prosecutors have said they are probing the deaths of up to 11 patients at the hospital.

Proctor’s lawsuit said McDermott, 82, was admitted to the hospital for shortness of breath and concern for food aspiration pneumonia on April 6, 2018. He was placed on antibiotics. He had no medical history of diabetes and there was no order for insulin to be administered to him.

An autopsy performed more than six months later at an air base in Dover, Delaware, determined McDermott had received an insulin injection and his death was ruled a homicide, the lawsuit said.

Posted by Kathie Costos at 9:03 AM