In all the times I survived traumatic events, the dreams started. Vivid, strange dreams that made me think I was getting worse. After a while, they started going away. With COVID-19, they are back but now I have a better understanding of them. Instead of letting them haunt me, I laugh at them knowing they will go away again.


Insomnia and Vivid Dreams on the Rise With COVID-19 Anxiety


“One of the earliest patterns that I noticed was people associating hugging with danger or menace,” Gravley tells NPR. “So there are a couple dreams where the dreamers described that someone wanted to hug them, and it made them very frightened, even to the point where they would yell, like, you're hurting me; you're going to kill me.” 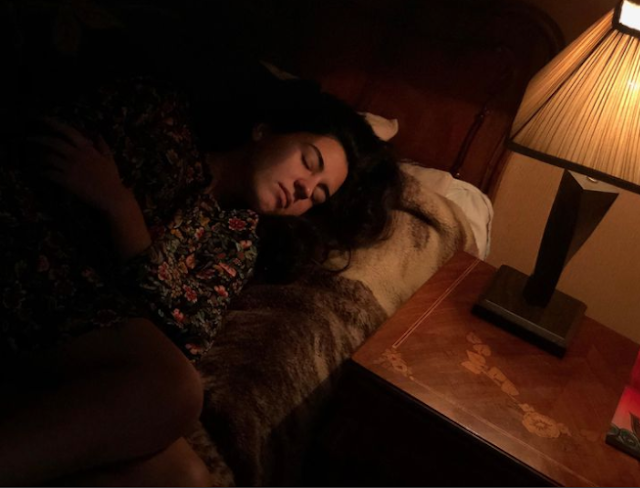 A novelist recalls a trip to a comic store with Ronald Reagan, who swipes his wallet before he can make a purchase; someone else remembers escaping a collapsing building by climbing into a pilotless plane, where he hid in a toilet; and NPR’s Mary Louise Kelly says that one night, she broke into a colleague’s apartment and stole from a hoard of toilet paper—and then she woke up.

As parts of the United States enter their second month of stay-at-home orders, people’s day-to-day lives are becoming paired with an increasingly strange and vivid dreamscape. And a growing group is experiencing insomnia, an inability to fall asleep, as Quartz’s Amanat Khullar reports. Both seem to be symptoms of stress, part of the shared anxiety surrounding the COVID-19 pandemic.

Common dream scenarios collected by a group of psychoanalysis students in London, called Lockdown Dreams, include the dreamer running away from something or discovering that they’ve done something wrong.

“These are typical anxiety dreams. It’s very pedestrian stuff in that sense, but it’s acted out with such vivid imagination, it becomes very strange,” Jake Roberts, a spokesperson for Lockdown Dreams, tells Donna Ferguson at the Guardian. “Everyone’s quite shocked by the fact that they’re having incredibly vivid dreams. That’s so interesting because our material waking lives have become, in a way, more dull.”

The London-based group is not the only research project tracking the pandemic’s parallel rise in strange dreams. In France, a group at the Lyon Neuroscience Research Center began a study on dreams and dream recall in March, National Geographic’s Rebecca Renner reports. And Bay Area resident Erin Gravley and her sister have begun a website called “i dream of covid” that asks visitors to share their recent dreams.


For those who find their vivid dreams unsettling, the good news is that the phenomenon will probably fade with time. read it here


and they will!
Posted by Kathie Costos at 7:19 PM