CORNELIUS, N.C. - An elderly Korean War veteran set to be kicked out of his rehab center Thursday, despite a statewide stay-at-home order, can now stay put, thanks to FOX 46.

“Thank you FOX 46 for helping,” said the Air Force veteran’s granddaughter, Kelly Wimmer. “It has meant the world to us.” read it here

Elderly veteran to be kicked out of rehab facility, improperly, despite COVID-19


Hummel, 88, a Korean War veteran, was transferred at the beginning of March from Lake Norman Regional Medical Center to Autumn Care in Cornelius to recover from pneumonia, Wimmer said. The Air Force veteran and lung cancer survivor is an amputee and confined to a wheelchair. Unless something changes, Gorman says her dad will be discharged on Thursday, April 2. 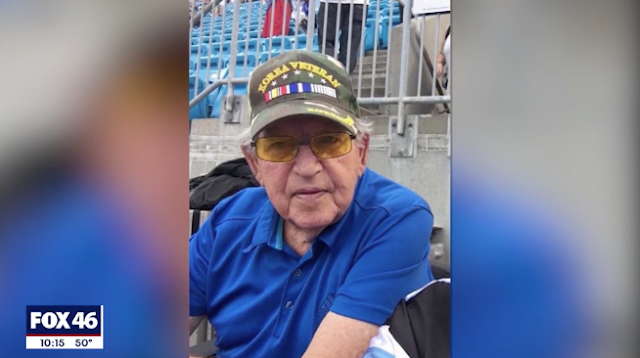 CORNELIUS, N.C. - Despite North Carolina being under a 'Stay-at-Home' order, an elderly veteran in poor health is about to be kicked out of his rehabilitation facility in the middle of a global pandemic because of an insurance payment dispute.

“It’s been hard,” Andrea Gorman, the daughter of Sanford Hummel, said in tears.
read it here
Posted by Kathie Costos at 5:37 PM