Isolation is preservation of lives during pandemic

It appears that many fellow citizens have decided their "rights" have been violated in some way. They point to the Constitution, while ignoring the laws the Founding Fathers put into place. They use their right to assemble and protest, while violating the laws that were provided to each and every governor.

Much like deli-Christians pick and choose what parts of the Bible they like, they are ignoring the fact there are consequences to their willful ignorance.

"Give me liberty or give me death" somehow translated into the ability to spread death. 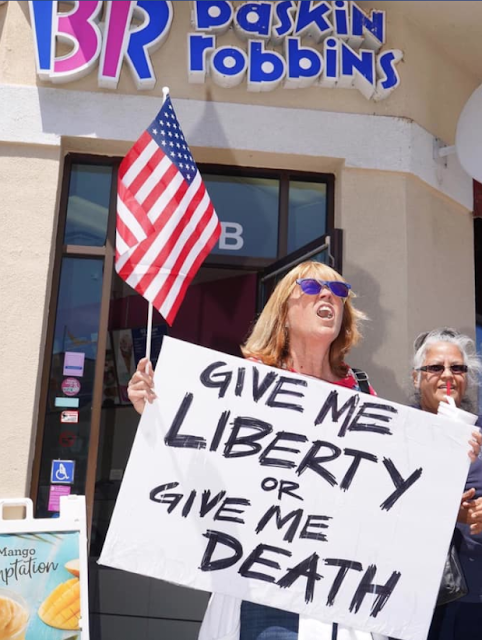 (Melissa Eckert Garriga Facebook)
I guess she did not know the "rest of the story" or much history. 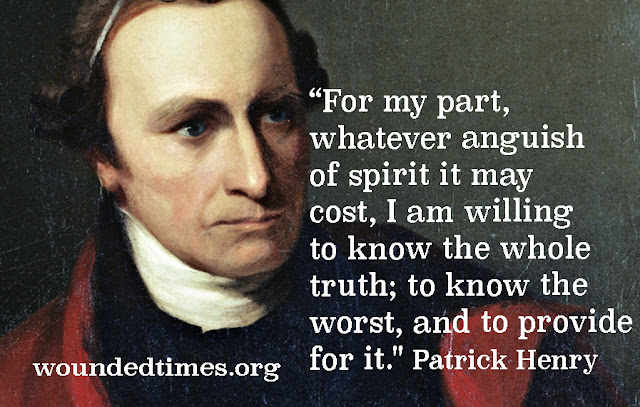 "Mr. President, it is natural to man to indulge in the illusions of hope. We are apt to shut our eyes against a painful truth, and listen to the song of that siren till she transforms us into beasts. Is this the part of wise men, engaged in a great and arduous struggle for liberty? Are we disposed to be of the number of those who, having eyes, see not, and, having ears, hear not, the things which so nearly concern their temporal salvation? For my part, whatever anguish of spirit it may cost, I am willing to know the whole truth; to know the worst, and to provide for it." Patrick Henry

The consequences of their willful ignorance are spreading a deadly virus that has since January 15 claimed the lives of almost 34,000 Americans as it spread to over 722,000 of the known cases, according to Johns Hopkins.

Yet the most troubling "truth" is that they only know about 1% of the population.

The ability to test every American does not exist however, recent testing has shown that many are carrying COVID-19 without any signs of it. That allows them to be unknowingly spreading it out.


At a nursing home in King County, Washington, about a third of its 82 residents tested positive for the coronavirus in mid-March. Half of those were free of fever, malaise and coughing when they were swabbed for the virus, though most went on to develop symptoms. The coronavirus spread rapidly through the facility just two weeks after it was introduced by a health care provider, despite the nursing home's policy of isolating residents with signs of COVID-19. This suggests that "transmission from asymptomatic and presymptomatic residents, who were not recognized as having SARS-CoV-2 infection and therefore not isolated, might have contributed to further spread," according to research published in the CDC's April 3 "Morbidity and Mortality Weekly Report." (NRP Maine)


Do Governors yield to public pressure or do they acknowledge the whole truth while honoring the responsibility they have to the all of their citizens?

Until testing is available, opening up businesses again is opening the graves of far too many who did acknowledge the truth.

The sooner this happens, the smarter this happens, the sooner we can all go back to whatever normal was and more of us will be alive to do it! Time for the liberty to be revived and those who choose to be weak, unable to cope with what is in the best interest of their fellow countrymen, be known for the minority they truly are.
Posted by Kathie Costos at 10:11 AM