Glenna Goodacre, an internationally acclaimed figurative sculptor who lived in Santa Fe for more than 35 years and whose work adorns a U.S. coin and is featured on the National Mall, died Monday after a series of illnesses. 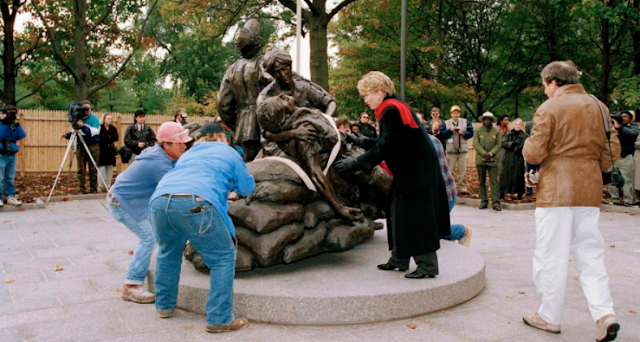 Goodacre was best known for designing the face of the U.S. Sacagawea dollar that entered circulation in 2000 and the Vietnam Women’s Memorial, located on the National Mall in Washington, D.C. But her work is prominent from coast to coast, including a portrait of President Ronald Reagan at the Reagan Presidential Library in California and one of famed U.S. Military Academy head football coach Earl “Red” Blaik at West Point, N.Y.

Goodacre’s large-scale bronze sculptures are displayed in numerous public and private collections, and they cast familiar shadows in Santa Fe, where she is represented by Nedra Matteucci Galleries on Paseo de Peralta near Canyon Road.
read it here
Posted by Kathie Costos at 9:21 AM