Korean War veteran's family told he was doing good....hours after he died of COVID-19 at Veterans Home

A family was told their dad at a Jersey vets home was rebounding from coronavirus. He was already dead.


Tom's body had even been taken to the other man's funeral home to be prepared for cremation the next day — Tom's wishes were to be buried next to his wife. 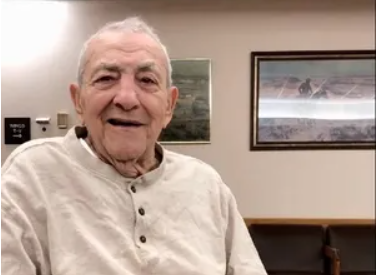 WOODLAND PARK, N.J. – It was the best news Steve Mastropietro could have hoped to receive.

His 91-year-old father had made a near-miraculous rebound on Saturday morning after being diagnosed two days before with COVID-19.

A nurse at the New Jersey Veterans Home in Paramus said Tom Mastropietro no longer had a fever.

The Korean War veteran had not only eaten breakfast, but even walked to the bathroom unaided.

“I was stunned but happy,” Steve said. “He looked like hell the last time I saw him. They made me think he had turned a corner.”

They had made a terrible mistake.

Tom Mastropietro had died hours earlier.
read it here
Posted by Kathie Costos at 10:10 AM