"For 10 years we've heard the same assurances that the electronic health records problem will be solved. It's incredible that we can't get this fixed." Rep. Hal Rogers, Kentucky 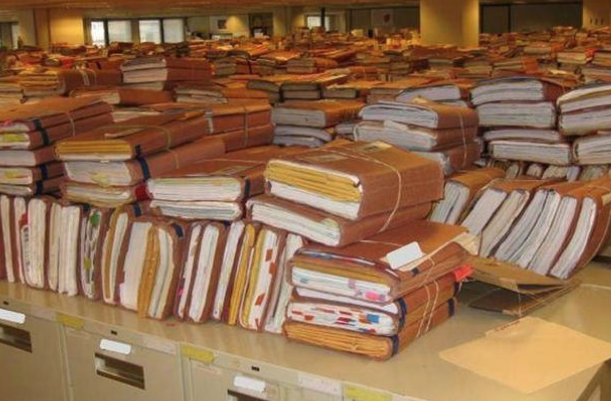 Claims piled up at the VA Regional Office in Winston-Salem, N.C. (VA Office of Inspector General)

A $16 billion effort to give veterans lifetime electronic health records that meshed with the Pentagon's has been marked by repeated delays and oversight failures that could have put patients at risk, according to reports from the VA Inspector General.

The IG reports released Monday detailed confusion in the overall implementation of the plan and failures to train staff and put in place adequate equipment for the pilot program, such as new laptops.

The VA now estimates that the contract, awarded in May 2018 by then-Acting VA Secretary Robert Wilkie without competitive bidding, will now cost at least another $6 billion for management and equipment.

The second report focused on delays and failures in the pilot program, even after it was scaled back from three test sites to one at the Mann-Grandstaff VA Medical Center (VAMC) in Spokane, Washington.
read it here

Just some background on the problem since it was after all these reports the spending spree started...and kept going,