Joseph Narvaez has been named to the 2020 class of Dole Caregiver Fellows, advocates for caregivers of wounded veterans. 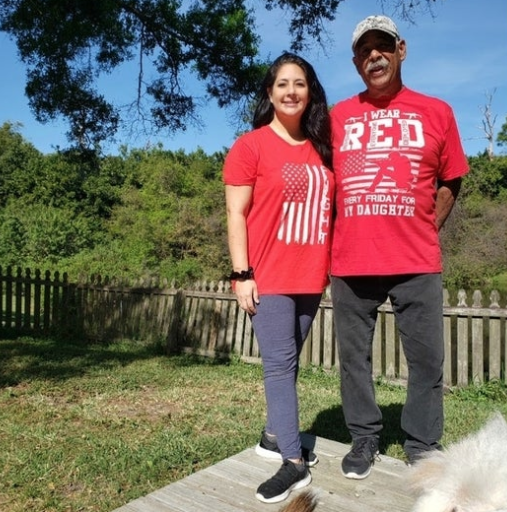 CLEARWATER, FL — After his daughter suffered injuries while serving in the Air Force, including a traumatic brain injury from an improvised explosive device, Clearwater resident Joseph Narvaez stepped up to become her primary caregiver.

Now Narvaez is being honored for his commitment by being asked to join the 2020 class of Dole Caregiver Fellows.

The Fellows are 30 military and veteran caregivers who have been carefully selected from across the country to represent Americans caring for a wounded, ill or injured service members or veterans at home.

The role of these Fellows has never been more important as caregivers are under unprecedented stress due to the threat of the coronavirus, said Steve Schwab, CEO of the Elizabeth Dole Foundation based in Washington, D.C.

As a Dole Caregiver Fellow, Narvaez will serve as a leader, community organizer and advocate for the nation's 5.5 million military caregivers – the spouses, parents, family members and friends who provide more than $14 billion in voluntary care annually to someone who served.
read it here
Posted by Kathie Costos at 9:26 AM