Miracle for Marine serving in Iraq

There are many stories about homeless veterans, but the one that stands out the most in my mind, is the string of miracles that happened, because the story grabbed my heart.

A simple casket with an American flag for Vietnam Veteran Andrew Elmer Wright. 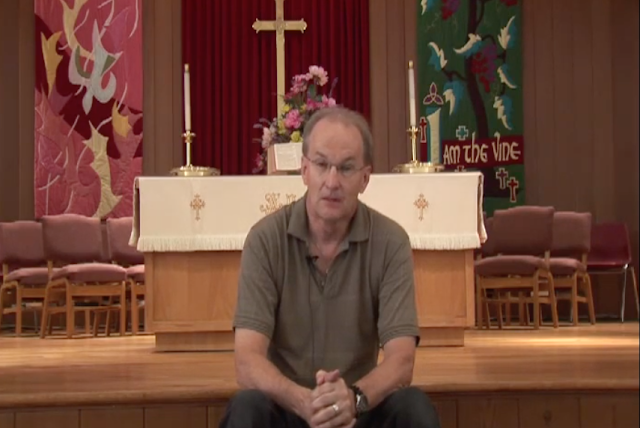 A simple bouquet of flowers was placed with a simple photo a church member snapped.

By all accounts, Andrew was a simple man with simple needs but what was evident today is that Andrew was anything but a "simple" man.

A few days ago I received an email from Chaplain Lyle Schmeiser, DAV Chapter 16, asking for people to attend a funeral for a homeless Vietnam veteran. After posting about funerals for the forgotten for many years across the country, I felt compelled to attend.

As I drove to the Carey Hand Colonial Funeral Home, I imagined an empty room knowing how few people would show up for a funeral like this. All the other homeless veteran stories flooded my thoughts and this, I thought, would be just one more of them.

When I arrived, I discovered the funeral home was paying for the funeral. Pastor Joel Reif, of First United Church of Christ asked them if they could help out to bury this veteran and they did. They put together a beautiful service with Honor Guard and a 21 gun salute by the VFW post.

I asked a man there what he knew about Andrew and his eyes filled. He smiled and then told me how Andrew wouldn't drink the water from the tap. He'd send this man for bottled water, always insisting on paying for it. When the water was on sale, he'd buy Andrew an extra case of water but Andrew was upset because the man didn't use the extra money for gas.

Then Pastor Joel filled in more of Andrew's life. Andrew got back from Vietnam, got married and had children. His wife passed away and Andrew remarried. For some reason the marriage didn't work out. Soon the state came to take his children away. Andrew did all he could to get his children back, but after years of trying, he gave up and lost hope.
Discover the string of miracles that happened here
Posted by Kathie Costos at 11:17 AM