Black Rifle Coffee Company CEO refused to give up

Veteran founder of multimillion-dollar company: 'This is the hardest thing I've ever done in my life'

The founder and CEO of Black Rifle Coffee Company, Evan Hafer, said he would rather return to combat than face rebuilding his business again from scratch.

"This is the hardest thing I've ever done in my life and I'm a former Green Beret [who] spent seven years in combat zones," Hafer told veteran correspondent Lara Logan on her Fox Nation show "No Agenda with Lara Logan."

In Season 3 of "No Agenda," Logan investigates the current state of affairs of America's veterans through the eyes of those who served — from veteran entrepreneurs to those carrying out humanitarian missions, to wounded warriors on the front lines of the veteran suicide crisis.

Hafer started Black Rifle Coffee in his Salt Lake City garage five years ago. Prior to that, he spent about 300 days a year, for a decade, deployed to some of the most remote and hostile regions of the world, with both the U.S. special forces and the CIA.

Today, Black Rifle Coffee is one of the most successful veteran-owned businesses in America, though Hafer said the company nearly never made it.

"I remember I was in my garage sitting on a box and, you know, I'm like looking around and I have nothing else. And I was like starting to cry," said Hafer, recalling how he sold nearly everything he owned to keep his business afloat.

"For years, I told myself all these things, you know, like you're a special forces guy, you're CIA, you know, 1 percent of 1 percent. Why can't I make this work?" he told Logan, explaining that he reached a turning point.
read it here 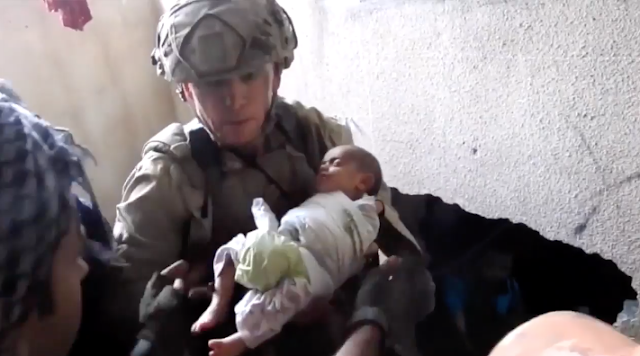 Posted by Kathie Costos at 5:17 PM