Brace for Surge in Demand for Veterans Mental Health Care


The Associated Press
By SARAH BLAKE MORGAN, CLAUDIA LAUER and HOPE YEN
May 11, 2020

“After years of self-imposed isolation ... I was really in need of person-to-person contact,” said Goldsmith, now the assistant director of policy at Vietnam Veterans of America. “Flash forward almost 13 years now since I got out, and telehealth is right for me."

FAYETTEVILLE, N.C. — When Kristofer Goldsmith was discharged from the Army in 2007 he was in crisis. 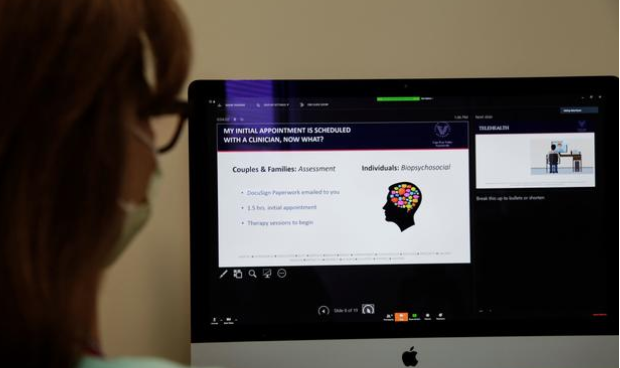 
He had been trained as a forward observer — the person who spots a target and gives coordinates to artillery — but when he got to Iraq, the then 19-year-old instead found himself photographing dead bodies for intelligence gathering. A suicide attempt before his second deployment triggered a less than honorable discharge and a long fight to gain honorable status after being diagnosed with PTSD.


VA officials said telehealth medical appointments jumped from 20,000 in February to nearly 154,000 in April. Many of the department’s partners have moved most or all of their mental health appointments to telehealth, including the Cohen Veterans Network which transitioned 98% of patients at its 15 clinics.
read it here

Posted by Kathie Costos at 5:01 PM