'I WAS A MARINE IN IRAQ, NOW I TEACH BALLET TO WAR VETERANS'

I grew up in a household where we were driven to help other people. My grandparents would go out of their way for others, even if it affected their own happiness and prosperity. And so this feeling of needing to be of help to others is probably part of my DNA.

In high school I had a friend who was a ballerina and I was intrigued, so I started taking classes—ballet, tap and jazz. The call of ballet was so interesting because it was so physical and yet so intricate and smart at the same time.

Exit12 Dance Company, which I co-founded in 2007, works predominantly with, and for, veterans of war. Sadly, all our 2020 tours have been cancelled or postponed because of COVID-19. 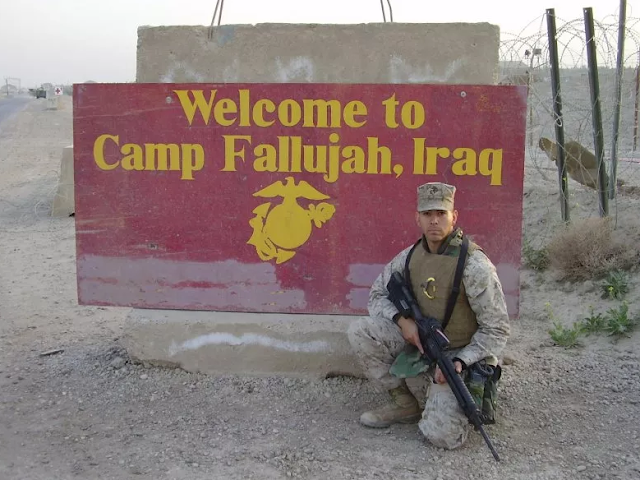 
After losing two of my Marines to suicide in 2011, I started to develop Exit12's veteran movement workshop, Movement to Contact. We invite veterans to work with us and go through one of our movement workshops. Initially these were designed to rebuild the feeling of self and a sense of trust and teamwork. But a lot of veterans were reporting that they were also being inspired creatively. The workshops allowed them to create, choreograph and think imaginatively, and they would say, "wow! I did that! I wonder what else i could do with my life?"

We had one army veteran who served for the U.S. in the Vietnam War. He would self-report that the army trained him how to kill, that he was a killer, a shell he's been trying to shed his whole life. He came to a couple of our workshops and he did a couple of writing workshops with another veterans' organization. And now in his hometown, he is a peer veteran counsellor.

When I got into dance, I was drawn towards the story ballets that had impact and purpose. At university, we performed a piece by Antony Tudor called Dark Elegies. It's a piece where the children in a community die in a tragedy. We interpreted it as them playing on the beach and getting swept away by a huge wave.
read it here