“American Hero” veteran’s grave vandalized. Police need our help in finding out who did it.

LINCOLN, MAINE – It’s exactly the kind of story we don’t want to be reporting on Memorial Day Weekend. 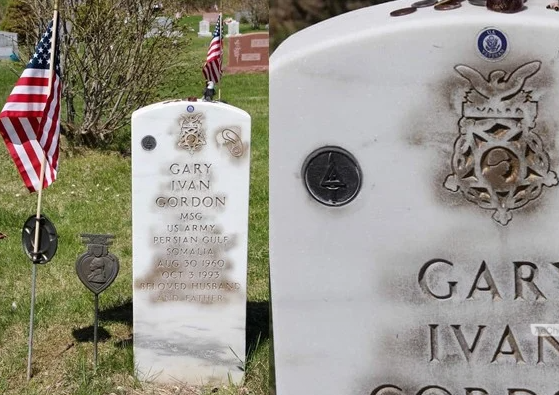 Police are looking for help in finding whoever is responsible for desecrating the grave of an “American hero”.

“MSG Gary Gordon is not only a hometown hero for Lincoln, he’s an American Hero!!” they said.

The vandalism to his gravestone is believed to have occurred sometime within the last 2 weeks.

“There has been talk that this may have been done as an additional honor, where Medal of Honor recipients have gold, inlaid to the engravings and that this is still a work in progress,” they said.

But if that’s the case, they said the family was never notified that this was happening.
read it here

If you've ever seen the movie "Black Hawk Down," then you know the story of Army Master Sgt. Gary Gordon. Gordon and his comrade, Army Sgt. 1st Class Randall Shughart, made the most difficult decision service members could ever make — to give their lives for their brothers in arms. This Medal of Honor Monday, we honor Gordon's life and sacrifice during a 1993 humanitarian crisis in Somalia. 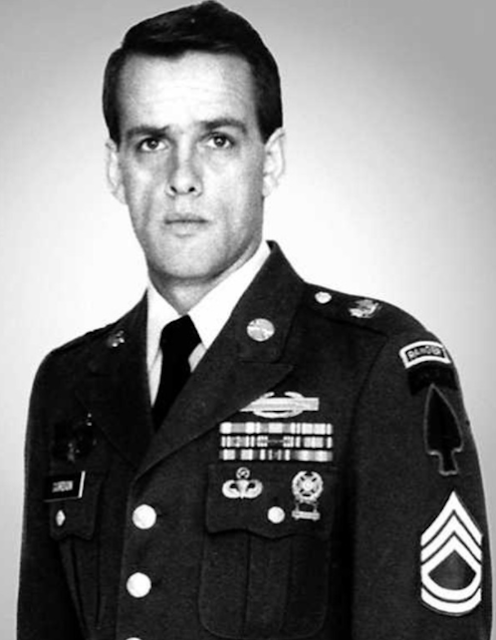 Gary Gordon was born Aug. 30, 1960, and grew up in Lincoln, Maine. At the age of 18, he joined the Army and was a combat engineer for many years before being selected for the elite Special Forces group known as Delta Force.
read it here
Posted by Kathie Costos at 3:51 PM