Doctors Without Borders sent to Navajo Nation for COVID-19 outbreak

With roughly 175,000 people on the reservation, which straddles Arizona, New Mexico and a small corner of Utah, the Navajo Nation has seen 3,122 cases – a rate of nearly 18 cases per 1,000 people. At least 100 people have died. 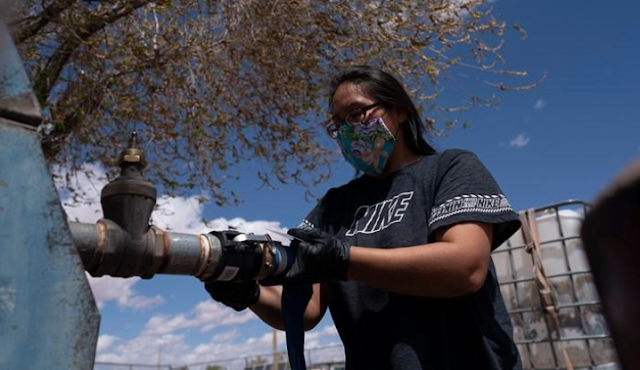 Raynelle Hoskie attaches a hose to a water pump to fill tanks in her truck outside a tribal office on the Navajo reservation in Tuba City, Ariz., on April 20, 2020. (AP Photo/Carolyn Kaster)

TUBA CITY, Ariz. (TEGNA/AP) — The largest Native American reservation in the U.S. has some of the highest rates of coronavirus infections in the country.

The Navajo Nation has a population of roughly 175,000 and spans three western states. The tribe has seen more than 3,100 cases, and at least 100 people have died.

The organization Doctors Without Borders sent medical professionals to New Mexico to help the hard-hit Navajo Nation, according to national news outlets. CNN and CBS reported that the nine-person team arrived in late April to work with the Native American community.

"There are many situations in which we do not intervene in the United States, but this has a particular risk profile," said Jean Stowell, head of the organization's U.S. COVID-19 Response Team, to CBS.

The virus arrived on the reservation in early March, when late winter winds were still blowing off the mesas and temperatures at dawn were often barely above freezing.
read it here

Why should you care? Aside from the fact they are the original Americans...they, along with others contributed to making this nation what it is.

Native American Medal of Honor Recipients going back to 1875 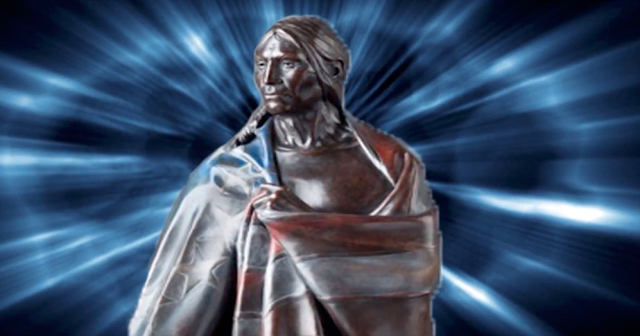 Source: YouTube/Gary Robinson
The Native American Veerans Memorial and the “Warrior’s Circle of Honor” will be dedicated on Veterans Day, 2020.