Suicide is not your only way to end the pain


Here in the US, we have more suicides, about 500 a year within the military according to the Department of Defense. We also have far too many veterans committing suicide. Some want to pretend they know the number, but there are too many variables to know for sure what the true number is.

We have been trying to change the outcome, but few with the power to change things will listen. We are talking to those suffering and given up on changing the minds of those in charge.

Learn what PTSD and why you have it and the start fighting to #TakeBackYourLife! You are not defective, not weak, not less than anyone else and not beyond hope. You can heal and whatever you need to do it, it out there waiting for you to find it. If you are only looking for a way to end it, instead of making your life better, that is all you will find.

Time to train to heal as hard as you trained to do your jobs.....


EXCLUSIVE: Freedom of Information figures show that 46 soldiers, seven members of the Royal Navy and eight personnel serving in the RAF attempted suicide or injured themselves in January alone 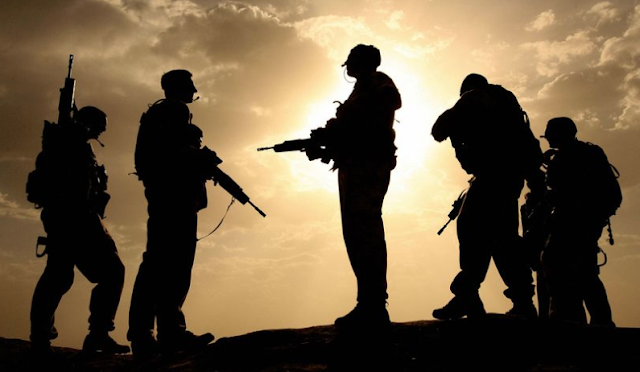 This year at least five soldiers are feared to have killed themselves (Image: Getty)


Serving troops are trying to kill themselves or self-harming at the rate of two a day, horrifying figures reveal.

Official Ministry of Defence statistics disclose that the troops who sought help had attempted to hang themselves, overdose or slash their wrists with a knife.

But military mental health support groups say the figure is the “tip of the iceberg” and warn that many of those self-harming could attempt suicide.

The figures mean that over 700 military personnel could attempt suicide or self-harm if the number of incidents continue at the same rate for the next 12 months.
read it here
Posted by Kathie Costos at 7:25 PM