Vietnam-Era Veterans Were Exposed to Agent Orange on Guam

"We conclude that existing evidence establishes that it is, at the very least, 'as likely as not' that veterans who served in Guam from 1962 to 1975 were exposed to Agent Orange and other dioxin-containing herbicides," wrote NVLSP Executive Director Bart Stichman and several law students and attorneys. 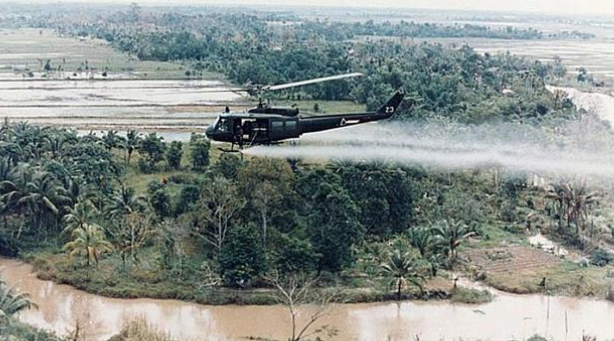 A U.S. Huey helicopter sprays Agent Orange over Vietnam. The U.S. military used at least 11 million gallons of Agent Orange in Vietnam from 1961 to 1972. Wikimedia Commons

New research could help Vietnam-era veterans who served in Guam and who have diseases linked to Agent Orange file for disability with the Department of Veterans Affairs.

Two veterans advocacy groups published a policy paper Monday saying that veterans who served on Guam between 1962 and 1975 likely were exposed to herbicides disposed of on the Pacific island or used for vegetation control.