Difference between using and supporting and cause

Wounded Times
Kathie Costos
June 3, 2020
When football players took a knee during the National Anthem, they used their fans to make a point. Had the cameras not been there, and fans, who paid to watch the team play, no one would have complained. While it is the right of every American to protest and speak their thoughts, it is not right to abuse the reason people were paying attention.  I feel the same way when a singer turns the stage into a political platform. 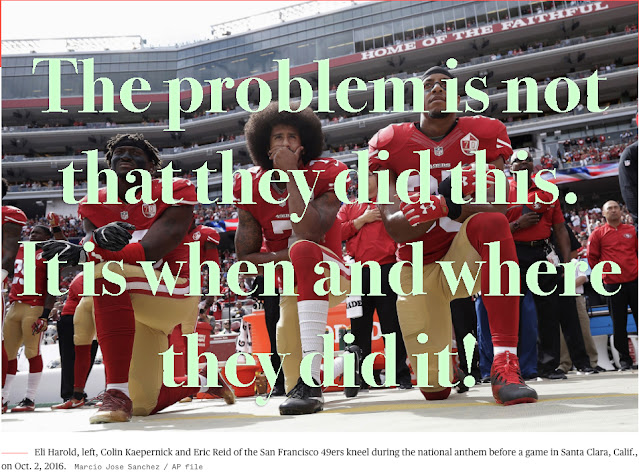 Yet when Police Officers join protestors taking a knee, that is a wonderful thing. They took their jobs to protect the citizens in their communities, so when other officers decide to assault them instead, they need to let their communities know, they are not like them. 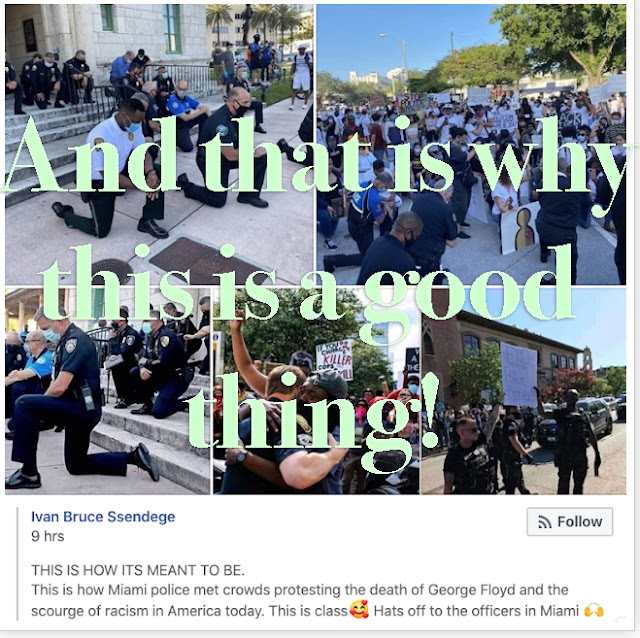 When the President encouraged protestors to reopen states during the pandemic, some agreed with him. 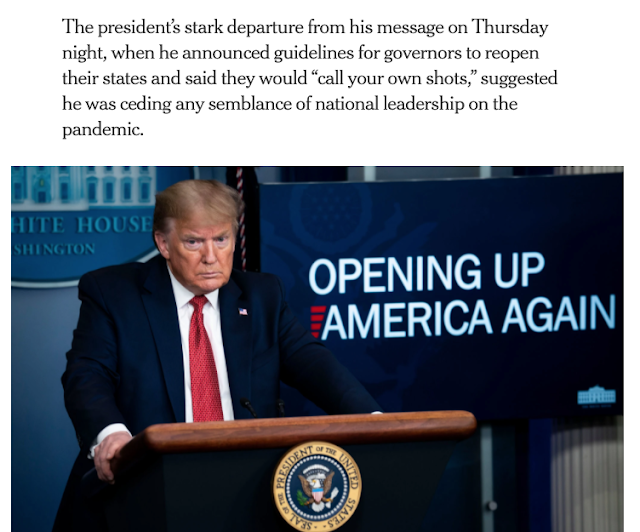 NY Post
Yet when peaceful protestors were in Washington DC and he wanted to show up in front of a church, he sent police and military members to attack them. 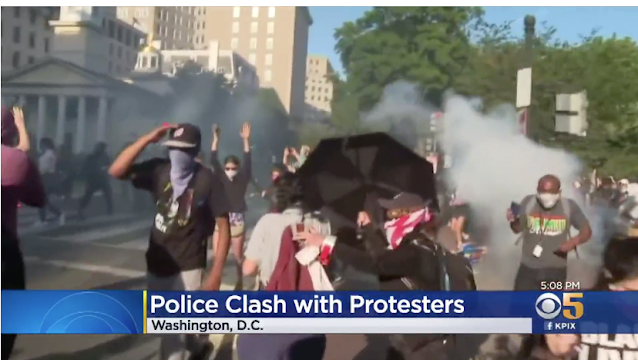 KPIX News
Posted by Kathie Costos at 9:16 AM