Wounded Times
Kathie Costos
July 29, 2020
As stated when I stopped publishing daily on Wounded Times, it would be updated at will.
This is why, after 38 years, I was forced to give up trying to help veterans! Dealing with this #FUBAR is BS!

In 2012, the Veterans’ Administration (VA) released a Suicide Data Report that found an average of 22 veterans die by suicide everyday. The 22KILL initiative started in 2013, at first just as a social media movement to raise awareness, and later became an official 501(c)3 nonprofit organization in July of 2015.

Charity Navigator
Keep in mind that I have done all this work for no financial support. I was actually losing money for the last several years and I didn't care. The goal was to help them heal and give them hope. Groups like that one, robbed them of that.
Aside from the investigations this site did, not just proving the number itself was fictitious, it did not help veterans learn why they should stay alive.
Countless articles and videos later, veterans were having a harder time finding people like me. I was ready to deal with the hatred I found when I addressed this online. So were a lot of other people.
Task and Purpose writer Carl Forsling took a good look at this group back in August of 2016.

Likewise, awareness doesn’t do much. You can know a problem exists. That doesn’t mean you are any closer to solving the problem. There are a lot of diseases and societal issues with different color ribbons and special days for awareness, but not a lot of solutions. Veterans dying by suicide has been all over the news since the Department of Veterans Affairs scandal broke in April 2014.

Some might say that awareness of veteran suicide might help prevent more suicides. How? How many hashtags and social media posts identify warning signs to look for in friends and coworkers? How many identify resources for veterans in distress to seek help? How many explain that the latest report found of the 20 veterans a day who died by suicide in 2014, 65% of them were 50 years of age or older?

In fact, the 22 Pushups Challenge may have actually hindered solving the problem of veteran suicide. If people think they’ve done their part to help by just posting to social media and don’t follow up with actually doing something to help veterans, then an opportunity to achieve real change has been squandered. Awareness is nice, but action is essential.

So now I'm going to give you best reason of all. No matter how many other videos I did on PTSD and suicide, this was the top one. 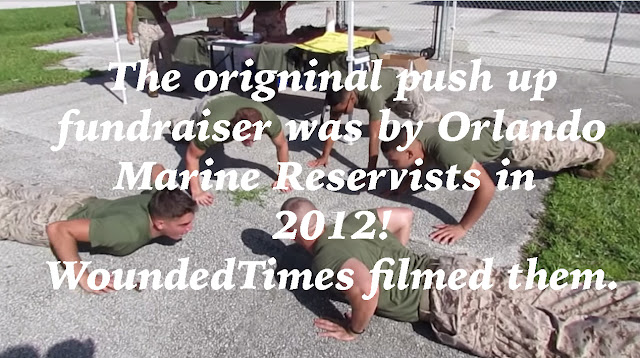 In June of 2020, after a "friend" and I recorded a radio show, all he wanted to talk about was groups using raising awareness that veterans were killing themselves and the stupid number. That was the beginning of the end for me.
By July, I had given up my work with Point Man and my tax exempt. I closed my bank account and turned in the keys to my post office box.
After surviving traumatic events over 10 times as a civilian, along with my research on PTSD, I decided that it would be better for everyone if I focused on everyone dealing with PTSD. With over 8 million Americans struggling, the pandemic, recession, protests and financial struggles, it is going to get worse for everyone.
The truth is, since I was ahead of everyone on veterans with PTSD, what it was doing to families like mine, ahead of the rise in suicides before anyone was putting any of it together, ahead on the necessity to address the mind-body and spirit, along with everything else, getting ahead on this one, was just one more in a series of foresight.
Posted by Kathie Costos at 12:47 PM