Orlando National Vietnam War Museum building a memorial to MOH Staff Sgt. Robert J. Miller. Different wars, different times but there are very few who know what true sacrifice means. When we honor the dead, we honor the living. When we remember the living and care for their wounds, we honor the fallen. When we forget them, we forget all generations who have made this country what it is.

"We are a nation of over 300 million Americans. Of these less than one percent wears the uniform of our armed services. Of these just a small fraction has earned the badges of our Special Operations Forces. In the finest military the world has ever known these warriors are the best of the best."

This video of the posthumous awarding of the Medal of Honor to Staff Sgt. Robert Miller's family, has only received 17,375 views. According to the website Congressional Medal of Honor Society there are;

We may say that we are a grateful nation but when less than 20,000 people managed to watch this video about one of the very few join the even less, we have a problem. 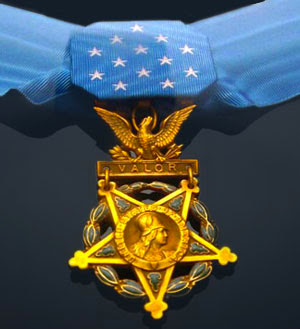 “Rob Miller endures in the service of his teammates -- his brothers in arms who served with him, bled with him and fought to bring him home. These soldiers embody the spirit that guides our troops in Afghanistan every day -- the courage, the resolve, the relentless focus on their mission...”


Here is your chance to honor this young man and the ultimate sacrifice he made for the sake of this nation.

I have the honor reaching out to you all by assisting The Vietnam War Museum to begin the ground breaking of a new memorial for SSG Robert Miller, which ironically is named after another Medal of Honor recipient Corporal Larry E. Smedley National Vietnam War Museum.

Please take the time to read this article and let not this soldiers like many others be forgotten.
We need a village of resources to start the funding of an outside memorial for SSG Robert Miller from our next door neighbor Oviedo, FL.
Please visit and benchmark our website www.nvmocf.org and reply back to learn more about the museums dedication to all of the great men and women who so proudly served for our freedom in Vietnam and all other wars throughout time.

Together...YES WE CAN BUILD A MEMORIAL FOR THOSE WHO GAVE THE ULTIMATE SACRIFICE.

Posted by Kathie Costos at 8:52 AM

Email ThisBlogThis!Share to TwitterShare to FacebookShare to Pinterest
Labels: Medal Of Honor