Holiday Bar held training session for business owners to understand the law and what PTSD Service Dogs do!

GRAND RAPIDS, MI -- A West Michigan veteran who was kicked out of a Grand Rapids bar over Veteran's Day weekend because he was accompanied by a service dog isn't happy with the bar's apology. 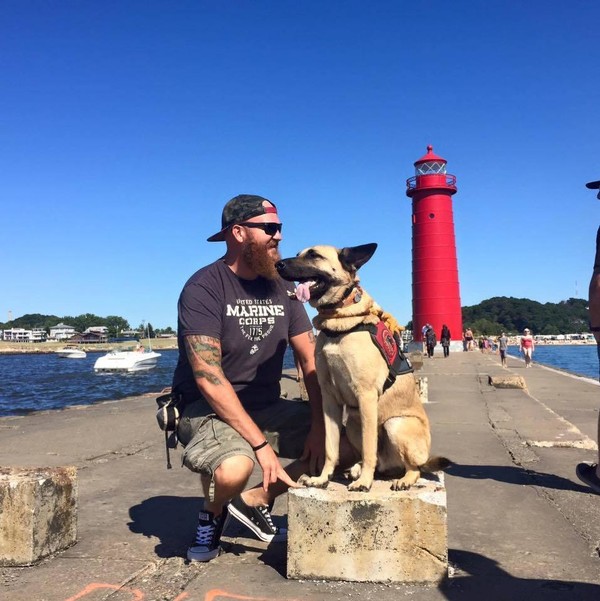 
It amounts to little more than than damage control, says Jerome Smith.

"The way I was treated was so disrespectful," said Smith, 35. "I want to give them a chance to grow and make this right."

Smith wants the Holiday Bar to sponsor a service dog through This Able Veteran, the same organization that gave him his service dog, JoJo, a German Shepherd mix, five years ago.
read more here

"In light of all the pain this has caused we will be donating 100% of all of our sales today to the Grand Rapids Home for Veterans, we know this doesn’t change what happened, but maybe it will be a cause for reflection in our own hearts if nothing else."

GRAND RAPIDS, Mich. -- A local veteran says he and his service dog were denied entry to a Grand Rapids bar just before Veterans Day. 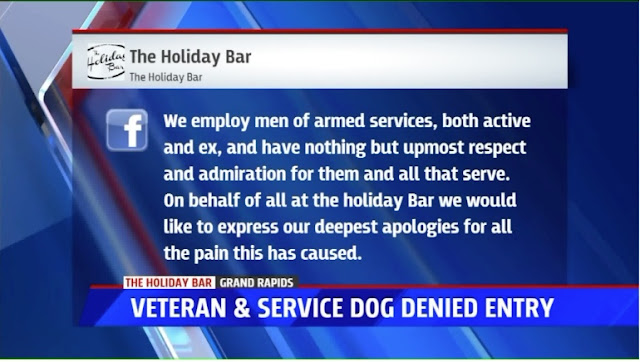 Jeremy Smith, who served in Iraq, said he went out with other Marines on Friday for some food in downtown Grand Rapids before going to the Holiday Bar. Managers reportedly wouldn't allow him or his service dog, Jo-Jo, inside. Smith told FOX 17 he was upset over the incident and said it was a violation of the Americans with Disabilities Act.
read more here
Posted by Kathie Costos at 7:52 AM