This story keeps getting better!!!


Homeless veteran who received over $360K now wants to pay it forward, 'I just want to do the right thing'


Woman Raises over $254,000 for Homeless Veteran Who Helped Her

Woman raising funds to help homeless Marine Veteran
Johnny, who's 34, told McClure and D'Amico he has been homeless for about a year. He said he was previously a certified paramedic, and also served in the Marine Corps.

PHILADELPHIA (AP) — A New Jersey woman who was helped by a homeless man when she ran out of gas in Philadelphia is raising money to help him. 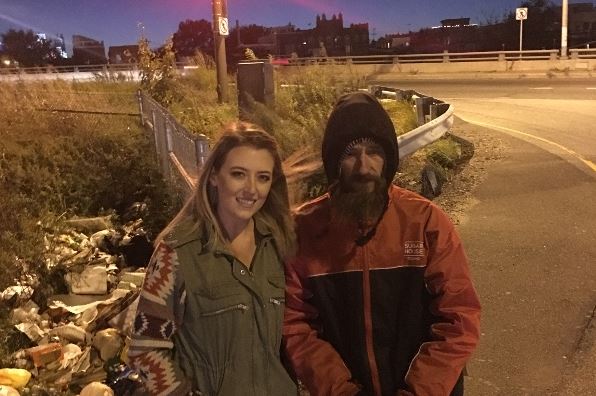 Kate McClure was heading to Philadelphia to visit a friend last month when she ran out of gas on Interstate 95. The Florence Township woman pulled over and began to worry until a homeless man approached her.
The man, whose name was “Johnny,” told her it wasn’t safe and he bought McClure gas with his last $20.
McClure promised she would return to pay him. McClure and her boyfriend, Mark D’Amico, have since raised over $20,000 for the former ammunition technician.
The pair hope to get “Johnny” an apartment and help with transportation.
read more here
Posted by Kathie Costos at 3:53 PM