Police in Orange have released video of a vehicle that fled after fatally striking a U.S. Marine veteran – the father of a young girl – last week, and his mother begged for help finding his killer. 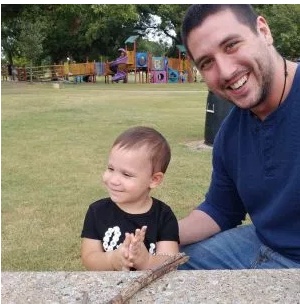 Dylan Moran is shown with his daughter in a photo provided to KTLA by his mother.

Dylan Moran, a 25-year-old from Tulsa, Oklahoma, was crossing the street near a gas station when he was struck about 1 a.m. Friday, Nov. 10. Moran may have been dragged by an initial vehicle and then struck by a second vehicle, police said Monday.

A friend of Moran created a GoFundMe page to raise money for a memorial and for Moran's daughter, Harper.read more here