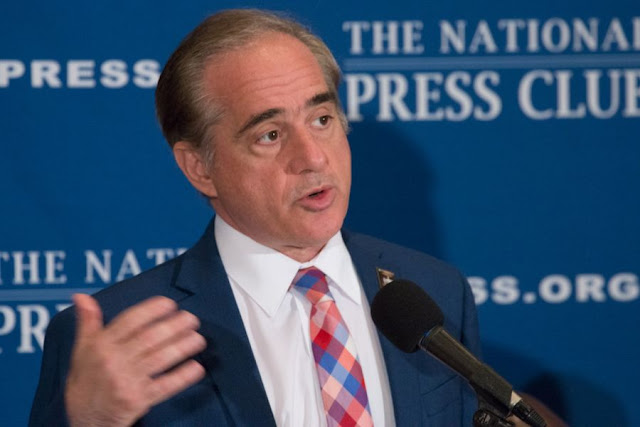 WASHINGTON — Department of Veterans Affairs Secretary David Shulkin went to Capitol Hill on Wednesday seeking $800 million to begin an overhaul of the VA’s electronic health records – an initiative nearly 20 years in the making.
The VA is close to entering into a contract with Cerner Corp., the health information technology company it chose to implement a new electronic health records system. But first, Congress must allow the VA to reappropriate $782 million in other department funds.
If the VA doesn’t secure funding by the end of the year, the contract will cost more, and a 10-year implementation timeline will be thrown off, Shulkin told a House Appropriations subcommittee Wednesday.
read more here

He did say "begin" right?


"Carl Blake, national legislative director for the Paralyzed Veterans of America, said VBA needed $121 million in its fiscal 2009 budget for its information technology. According to VA budget documents, VBA requested an IT budget of $109.6 million for its compensation and benefits programs, down $23.8 million from $133.4 million in 2008. VA requested an overall 2009 IT budget of $2.53 billion in 2009, up from $2.15 billion in fiscal 2008, with the largest portion earmarked for the Veterans Health Administration." GovExec


"The Department of Veterans Affairs has awarded 21 contractors spots on a $22.3 billion IT modernization contract, the overwhelming majority of which are local companies."


"This T4NG award is a follow-on from the previous five-year, $12 billion T4 contract that named 15 vendors in July 2011. Among those companies were a lot of the same names, including Booz, the former SRA (now CSRA) and CACI." Washington Business Journal,

There are even more reports on this, but I already have a headache looking for them. I need a margarita!
Posted by Kathie Costos at 5:46 PM