The issue appears to be personal for Biden, whose son, Beau Biden, a former Delaware attorney general, died at age 46 in May 2015 from glioblastoma multiforme, the most common form of brain cancer. 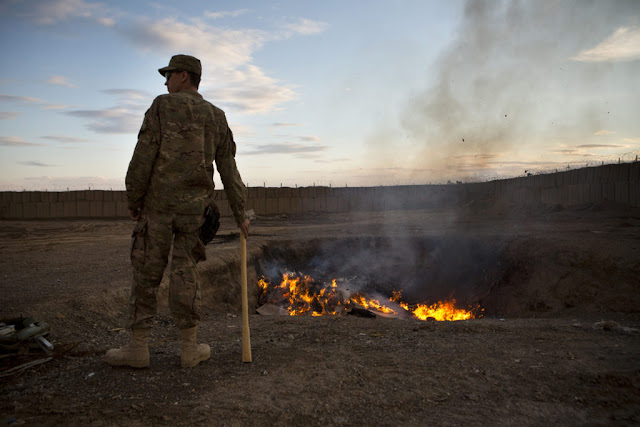 Former Vice President Joe Biden said he thinks toxins found in smoke from burning waste at U.S. military installations in Iraq and at other facilities abroad could “play a significant role” in causing veterans’ cancer.
“Science has recognized there are certain carcinogens when people are exposed to them,” Biden said in an interview with Judy Woodruff last week. “Depending on the quantities and the amount in the water and the air, [they] can have a carcinogenic impact on the body.”
Biden’s comments shed light on a debate that has roiled physicians, former service members and the Department of Veteran Affairs about whether the health of some U.S. military personnel was compromised by garbage disposal methods used by contractors and the military at overseas bases in Iraq and Afghanistan.

As a major in the Delaware Army National Guard, Beau Biden’s judge advocate general unit was activated in late 2008. He served in Iraq for much of 2009 at Camp Victory in Baghdad and Balad Air Force Base, 50 miles north of the Iraqi capital. Both bases used large burn pits. Earlier, he helped train local prosecutors and judges in Kosovo after the 1998-1999 war. read more here

Posted by Kathie Costos at 5:08 PM